The Jurassic Park 4 film “Jurassic World” is in New Orleans. There have been 2 open casting calls so far in anticipation of production beginning, and now its here. The film is now shooting at the old Six Flags Park in New Orleans and they still need more extras.

The movie just put out yet another casting call for scenes that will film at the old park between the dates of June 6 and June 13. The now abandoned Six Flags park is located around 3011 Michoud Blvd. in the city of New Orleans, LA. The old park has seen other films shoot there as well including one of the “Planet of the Apes” films.

While the film’s plot has been kept under wraps, there have been some spoilers leaked…

Part of that leakage came from the site JoBlo which reported that the newest Jurassic Park film would also be set in a park like the original. Previous leaks also reported the same information…  as in, the new film would be set in a modern park that also used genetic programs to recreate the beasts that lived long before our time. As  before, things will  go sideways and the dinosaurs will get their chance to run a mock.

Universal Pictures “Jurassic World” set out to get thousands of paid extras… or so they claimed, and they are still on the lookout for more. The newest casting call for background  on the film gas just been released.

If you missed the other casting calls and still want your shot  to be a part of “Jurassic World“, here you go because they are seeking people of all ethnicities ages 18 to 75 years old.  Sorry kids, unlike the previous casting calls when they needed kids and teens, this one seems to only call for adults.The film is looking  for general background who would be available for rather long filming days that may go over 12 hours. 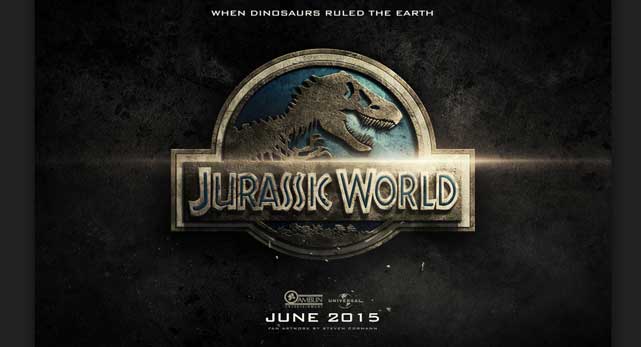 If interested, see  below to apply. Remember that this is for New Orleans residents only as they are only seeking local hires and will not be paying for any travel expenses for the extras.

The film is using the working title of “Ebb Tide”.

If you are available for at least 2 of the dates, please email directly to “EbbTide”
your photo, name, email, phone, height and weight to:
ebbtidelouisiana@gmail.com.

The film will be coming to movie theaters all over the country in June of 2015!