Are you a young adult that still looks like a high school student? The new feature film. “The Fifth Wave” is currently casting background actors in the Atlanta area who are between the ages of 18 and 25 but can still pass for being a teen.

The movie will be filming a military scene this Saturday in the Norcross area and is seeking background talent / extras who are available to work that day.

‘The Fifth Wave‘ is the first film in a new alien invasion film series inspired by the books written by Rick Yancey. The film is being produced by Toby Maguire(‘Spiderman‘) as well as others. Chloë Grace Moretz stars as Cassie Sullivan, a survivor of the first four alien attacks who now finds herself bracing for the upcoming 5th wave.  Cassie became separated from her brother and must go on a search for her brother before it is too late. Cassie is not alone, along her journey she meets up with a mysterious boy, Evan Walker (Alex Roe) . ‘The 5th Wave‘ also stars Liev Schreiber  and Nick Robinson. 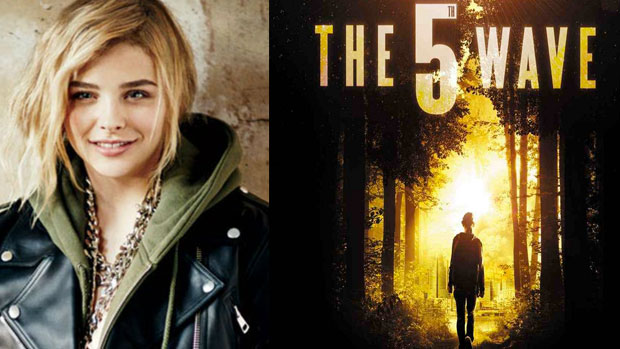 Tammy Smith Casting is seeking the following:
For “THE 5th Wave”- 18-25 year olds that look young (like teens)
-for this SAT 12/20 in Norcross

For the MALES- we need guys with SHORT HAIR -or – that are ok to get a trim. It is NOT a military cut/look- think private school, conservative length – like a normal short hair boys/man’s cut- neat around the neck and ears, and can have a few inches on top, etc.. It can be shorter than that, but just not longer.
Females can have any hair length.

IMPORTANT NOTES
NOTE 1 : Pay rate is $64 for 8 hrs with O.T. after that.
NOTE 2: Start time will be early morning and we will film during the daytime in NORCROSS on a soundstage.
NOTE 3: If you worked with us before as a refugee, you are welcome to submit, as long as males have short hair or open to a haircut. Again, It is NOT a military cut/look- think private school, conservative length – like a normal short hair boys/man’s cut- neat around the neck and ears, and can have a few inches on top, etc.. It can be shorter than that, but just not longer.
Females can have any hair length.

Please submit to:
5thwavecasting@gmail.com
and put “RECRUIT TEEN” in the subject

INCLUDE:
CURRENT PHOTOS
(please include at least two- one that shows face and HAIR well (NO hats or sunglasses or other people/kids please) as well as one that is from the knees or waist up) -. A photo you have that was taken recently, in good light, that shows you casual, looking like a high school student is best.
AGAIN, please make sure we can see current HAIR length in at least one photo

ALSO INCLUDE:
FIRST and LAST NAME
PHONE NUMBER (in XXX-XXX-XXXX format)
Email address
CITY and STATE where you live (or will be coming from)
AGE
Height
Weight
Sizes – Pants and shirt sizes and also include SHOE!!

This will film/shoot in ATLANTA (Norcross) and you must be willing to work local here as an extra.