LeBron James and the Starz Network are filming a new comedy series about basketball.

The new show “Survivor’s Remorse” will be executive produced by NBA super star LeBron James . The original Starz Network series series is written by Mike O’Malley who will also executive produce, along with Tom Werner, Maverick Carter and Paul Wachter.

The half-hour sitcom will explore the loves of 2 men, an NBA star and one that is not. The show will be about their lives and how they deal with friends and family after attaining fame. “Survivor’s Remorse” explores the world of fame & family for an athlete of “star” status.

A Starz press release announced that the series had been officially green lit –  “Survivor’s Remorse,” a half-hour scripted comedy series from LeBron James, Tom Werner, Mike O’Malley, Maverick Carter and Paul Wachter. Mike O’Malley, who in addition to being a consulting producer and writer on “Shameless” is also an Emmy®-nominated actor for his role on “Glee,” will serve as executive producer and writer.

In an interview with ESPN, LeBron James mentioned “I think the main thing for me is, first of all, making it out of a place where you’re not supposed to. You’re supposed to be a statistic and end up like the rest of the people in the inner city — [and] being one of the few to make it out and everyone looking at you to be the savior”. LeBron also went on to add that the series is in no way autobiographical or about his life. It is a purely fictional show. 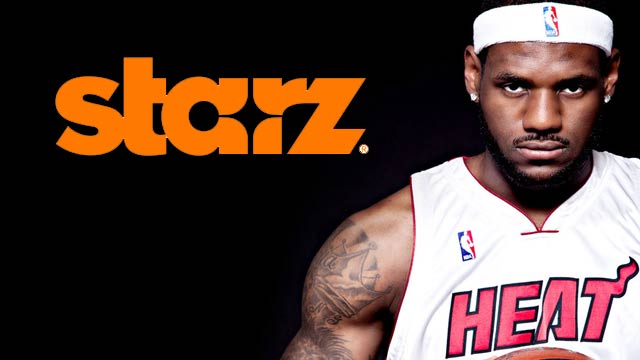 Jessie T. Usher (Cartoon Network’s “Level Up,”) has landed the lead in the project. He will play the role of Cam Calloway, a basketball player who finds himself a superstar after signing a huge contract.   Erica Ash will got the role of M-Chuck, the sister of Calloway, and Tichina Arnold (“Everybody Hates Chris”) has been cast as Cassie, Calloway’s mother. Ronreaco Lee (“Tyler Perry’s Madea Goes to Jail,  BET’s “Let’s Stay Together.”) will play the role of Reggie Vaughn, Cam’s cousin. Teyonah Parris (“Mad Men”) is also in the sitcom as Reggie’s wife Missy.

While the show will be filming in the Atlanta area, it is set in North Philadelphia, not Akron, Ohio, where LeBron James and Carter are from.

The show is ordered for 6 episodes for season 1 and is set to film in the Atlanta area. “Survivor’s Remorse” will premiere in the fall of 2014 on Starz.

To submit, please visit: http://hyltoncasting.com/submissions/extras/.\
Please list the role you are applying for in your submission.