Albuquerque residents who would like to participate in a major feature film as paid background extras are welcome to attend the open call and meet with the film’s casting directors. The film project will be hiring Hispanic men, women and children, active and former military, as well as beat-up old cars. Those interested in getting a small role in the film can attend the open casting call this weekend in Albuquerque, New Mexico. The open call will be held on Saturday, the 12th.

”Sicario” will be a crime thriller that is set in the South west. Emily Blunt has been cast as a Arizona police officer who decides to cross the border while she is on the hunt for a notorious drug lord. Emily does not cross the border alone, she is travelling with a pair of hired guns who are also hunting the same man.  Also starring in the film will be Josh Brolin, Jon Bernthal and Maximiliano Hernández.

Denis Villeneuve will be directing the project. “Sicario” is one of 2 movies he is working on now. The other is a sci-fi thriller,  “Story of Your Life,”  which will star Amy Adams. The script for “Sicario” is being written by “Sons of Anarchy” writer Taylor Sheridan. The movie is being produced by Black Label Media and Thunder Road Pictures. It is currently scheduled for a 2015 release. 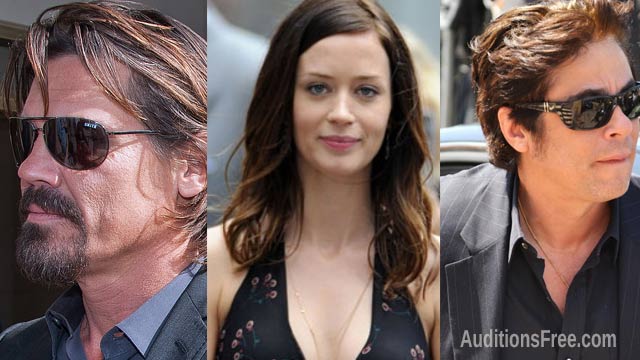 Elizabeth Gabel from Cowboys & Aliens, Terminator Salvation, the Oscar®-winning No Country for Old Men, Transcendence, Paul, Lone Ranger, as well as others, will conduct the casting call.

These are paid extras positions.