“Pitch Perfect 2,” the sequel to the musical hit, “Pitch Perfect,” is holding an open casting call for dancers in Baton Rouge.

“Pitch Perfect 2” will be the sequel to the musical hit “Pitch perfect” which made 65 million at the theater box office in 2012.

Elizabeth Banks will return as Gail and also make her directorial debut with “Pitch perfect 2“, Anna Kendrick reprises her starring role as  as Beca, Brittany Snow is rumored to be also coming back to play Chloe, Demi Lovato  is supposedly a part of this film as well. Rebel Wilson will be back as Fat Amy, Skylar Astin and  Anna Camp are also a part of this really great cast.

The film is directed and produced by Elizabeth Banks along with Paul Brook who is also producing. The film’s screenplay is written by Kay Cannon.

The original movie, “Pitch Perfect” was also filmed in the Baton Rouge, Louisiana area. It was largely shot at the LSU campus.  “Pitch Perfect” starred Anna Kendrick, Brittany Snow, Rebel Wilson and Elizabeth Banks.  Anna Kendrick, Brittany Snow and Rebel Wilson are coming back for the sequel and this time around, Elizabeth Banks is producing the project.

Kendrick also stars in another movie , “Into the Woods“, with Johnny Depp which will be coming to theaters this Christmas. 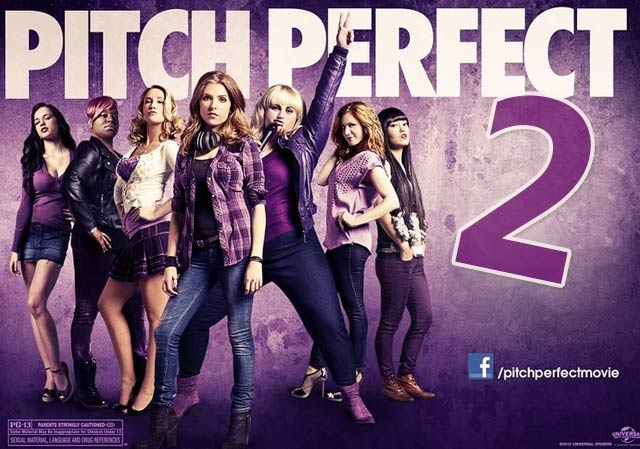 The original “Pitch perfect” was about Beca, that girl who’d rather listen to what’s coming out of her headphones than what’s coming out of you. Arriving at her new college, she finds herself not right for any clique but somehow is muscled into one that she never would have picked on her own: alongside mean girls, sweet girls and weird girls whose only thing in common is how good they sound when they sing together. When Beca takes this acoustic singing group out of their world of traditional arrangements and perfect harmonies into all-new mash-ups, they fight to climb their way to the top of the cutthroat world of college a cappella. This could wind up either the coolest thing they’ll ever do or the most insane, and it will probably be a little of both.

Pitch Perfect 2 is holding an open casting call for dancers this weekend. Dancers who would like a part in “Pitch perfect 2” can come on down to The new location at  the corner of North 15th Street and Laurel in Baton Rouge – 11 a.m. until 6 p.m. Saturday and Sunday for a chance to tryout for a role in the film.

Please note that the location has been changed! here is the new location.
The casting call will be held this coming Saturday & Sunday between the hours of 11 a.m. to 6 p.m.  new location will be at  the corner of North 15th Street and Laurel in Baton Rouge.

The email address for those who need more information is pp2casting@gmail.com.

All dancers who are attending the event need to come ready to dance and wearing dance wear and dance shoes.

Universal Pictures has announced a May 2015 release date for the movie.