‘Veep‘ will be coming back for season 4 and production is about to begin in MD.

Julia Louis-Dreyfus returns as Selina Meyer. The HBO political comedy just earned Dreyfus another Emmy win for her portrayal of Selina last week. ‘Veep‘ premiered on HBO in the spring of 2012 and has been going strong ever since. The show has won multiple awards and has been nominated in the category of Outstanding Comedy Series for each of the past 3 seasons. Julia Louis-Dreyfus stars as a female Vice President in the male dominated world of politics.

The show is created by Armando Iannucci and stars Julia Louis-Dreyfus, Anna Chlumsky and Matt Walsh.

Former Senator Selina Meyer finds that being Vice President of the United States is nothing like she hoped and everything that everyone ever warned her about. – IMDB 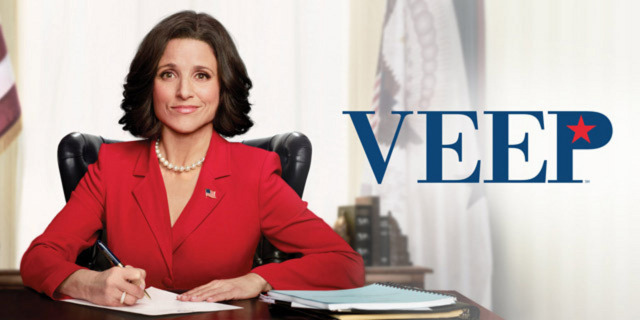 YOUR HEADSHOT
– Should be 8”X10”
– Resume trimmed to fit the headshot and attached or printed on the reverse. We will NOT attach resumes for you.
– Must include a CURRENT PHONE NUMBER, EMAIL ADDRESS and your UNION STATUS.

EXTRA WORK
If you are interested in EXTRA WORK/BACKGROUND please write ATTN: EXTRAS on the outside of your envelope. SNAPSHOTS are acceptable as long as they show us what you look like. Please include vital stats HEIGHT, WEIGHT & AGE (if Under 18 Years). You must also include a CURRENT PHONE NUMBER, EMAIL ADDRESS and your UNION STATUS. SNAPSHOTS ARE NON RETURNABLE

HOW TO SUBMIT
SUBMISSIONS TO ANY OTHER EMAIL WON’T BE REVIEWED
– Email patmorantalent@gmail.com

– If your area code is not for the Balt/DC area, please let us know where you live.

– PLUS a Hard Copy submission must also be mailed to:

If you have submitted a hardcopy in the past 3 months you do not need to send another one.

For confirmation that your headshot has been received, please include a self-addressed stamped POST CARD.