The “Hangover” star, Zack Galifianakis will be starring in a new comedy about an armored car heist. IMDB reports that the name of the new film is “Loomis Fargo“ and that Kristen Wiig, Owen Wilson and Tyler Craig will join Galifianakis in the cast. The movie will be filming this summer in North Carolina and the film’s CD’s (Tona Dahlquist) have already begun the extras casting process.

The production is looking for general submissions from people who live around the Asheville area and would like to be a part of the feature film. Production of the project is set to begin on July 7th and most of the filming will be done in Asheville. The project is also in need of older model cars and trucks (80’s & 90’s) that can be used in the film.

The film is described as a comedy caper and centers around the $17.3 million cash robbery of the regional vault of Loomis Fargo & Company in Charlotte in 1997. The particular heist became the largest cash robbery in the United States of the time and was pulled off by the driver of the armored car and his supervisor.

The film is seeking general submissions from adults in the area who would like to be in the film, however, they are particularly interested in the types listed below. There will also be many other types they will be looking for as well as stand-ins and photo doubles. That information will be released soon.

Here is the latest casting information for the project released by Tona Dahlquist. 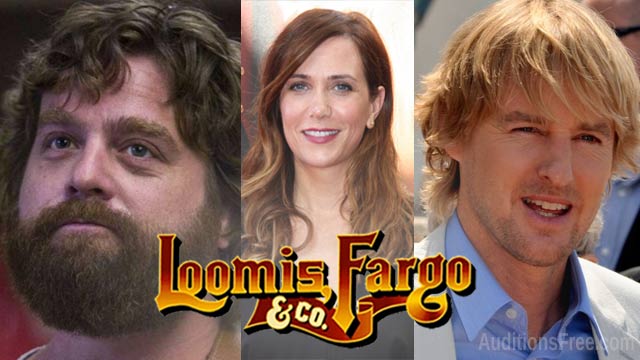 UNTITLED ARMORED CAR -We have been receiving some GREAT submissions from everyone! Keep them coming!

However, I am noticing we are in need of a few more certain looks/ types.
Seeking some COUNTRY CLUB Types, Business EXECUTIVES, JUNIOR WOMENS CLUB TYPES, Super PREPPY Males and Females, Upscale SOCIETY TYPES.
Seeking HISPANIC/LATINO/MEXICAN Males & Females.
Seeking Males & Females AGES 60 & UP!
Seeking a Male 40’s – 50’s MAGNUM PI ish but with a hairy body – Submit heading HAIRY GUY. Include a picture of chest (and back if it’s hairy as well).
Seeking those with LATE 1980’s -1997 VEHICLES in decent shape and drivable. Submit with heading OLDER CAR. Make sure you include your vehicle information in the email.
Seeking some Males who can portray TOUGH & ROUGH Types.
Seeking Ken and Barbie type Male and Female. Catalogue Model Types.ALL submissions must include a current snapshot/photograph, your name, phone,age, height/weight, clothing sizes, city/state you reside, color/make/model/year vehicle you drive.

Submissions should be sent to ashevilleextras@gmail.com with heading being your age, ethnicity, gender,city/state you reside -unless responding to a certain request asking otherwise.

If you have already submitted, you do not need to and should not resubmit. We have you on file. Thanks.

You can also check out the previous casting call for extras that was released a few days ago.

“Loomis Fargo”  is set to roll into theaters across the country next summer on August 14, 2015.