Throw Away The Keys II

Looking for Actors and actresses that’s willing to spend their time to be or help around in the first Full Film from JwardFilmz Productions “Throw Away The Keys 2 : Into The Age Of Greed “.

This is the second part to Throw Away The Keys : A New Beginning if you haven’t seen the film here’s a link to the short film …. https://www.youtube.com/watch?v=VYWlIVcYx6E&feature=youtu.be

The short film was made in Champaign IL but I will film part 2 in Chicago IL, for the main roles and extras email me.

If 100% available, interested in acting in the movie and live in or near the Chicago/Harvey/ or willing to travel.

Please submit an email to jwardfilms04@gmail.com and put in the subject line “Age Of Greed” with a details about you and what your acting experience is. Also a close up picture or full body shot, also if you have footage of your acting this will be a plus. The set date for auditions will be in 2015 around February.

I will email everyone the date and time in 2 weeks in advances ….. This is a non paid gig but is an awesome way for experience and exposure for sure!

This casting notice was posted by: JwardFilmz Production 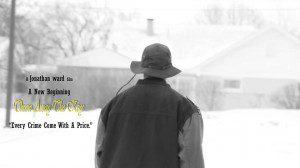