If you are a performer who has always dreamed of starring in a Broadway musical, here is your chance.

The new Broadway bound musical “Top Hat” is accepting submissions for the two lead roles. Submissions are being accepted from performers nationwide in the way of video auditions.

Top Hat  is a  Musical that was produced in the UK and is based on the 1935 film also called “Top Hat“. The show features music and lyrics by Irving Berlin and opened in the summer of 2011 in the UK. The show is now being produced for a US version. According to the show’s UK site, Top Hat brings the glamour of Hollywood’s golden age and the glorious, tap-dancing magic of Fred Astaire and Ginger Rogers to the stage in one of the greatest dance musicals of all time. The story is set in Hollywood’s golden age, the 30’s and features amazing costuming and lots of ballroom style dance and tap.

A new Broadway musical is in the works and a casting call is out for triple threats nationwide. Telsey & Company are seeking true triple threats who can sing, dance (ballroom, tap) and act for the new show. 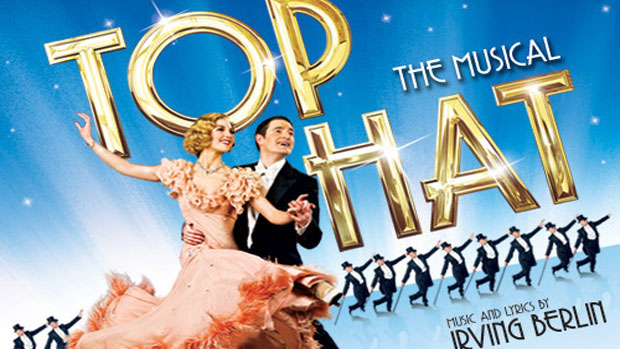 The casting directors are now taking submissions from musical theater performers for the 2 lead roles of Jerry and Dale. Jerry is described as a charming, boyish, and naive between the ages of 20 and 30. Dale is a fiery, small town girl who is looking to climb the Broadway ladder. Both roles require star level dance skills and natural acting abilities. Performers interested in the roles must submit videos of them singing and dancing in order to be considered for a live audition.

There is a deadline of March 13th 2015 for all talent submissions. 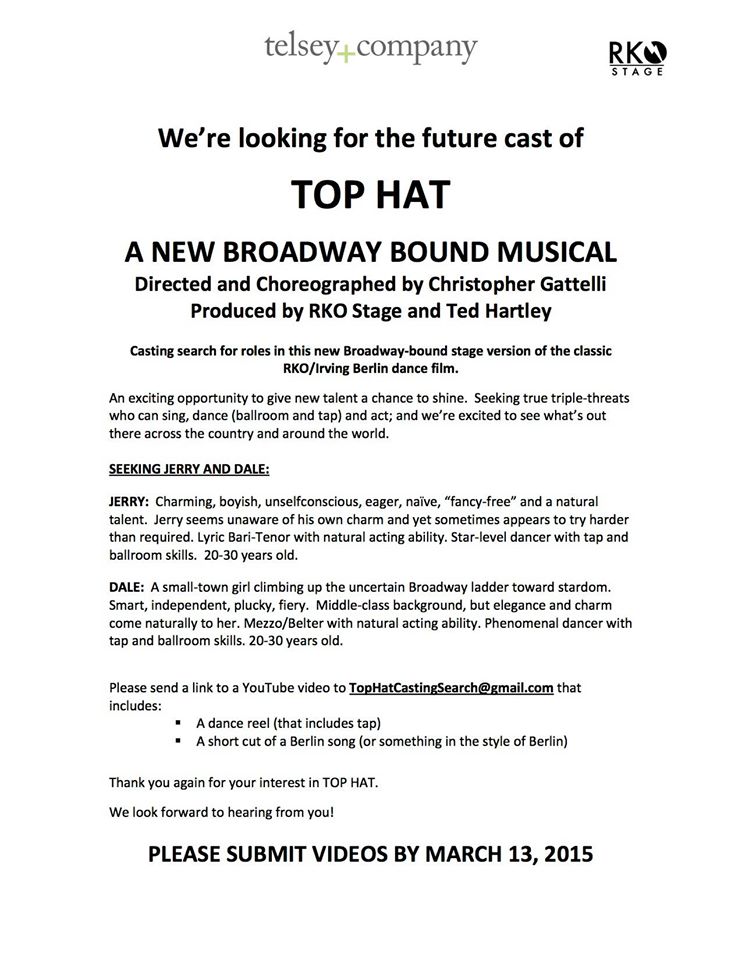 Here is the trailer for the UK show:

Direct from the West End, the triple Olivier award-winning musical TOP HAT is now on tour until July 2015.