“Alvin and the Chipmunks 4” is now in production, filming in the Atlanta area and looking to cast people who look like models.

The movie’s casting directors have just released a new call for the project seeking male and female model types as well as some athletes. The movie is only looking for talent that have not yet appeared on camera and live in the Atlanta area. This is a rush call as the first filming date is tomorrow. If interested, be sure to get your photos and contact info to the CD’s ASAP.

Walt Becker is directing the 4th film in the Alvin and the Chipmunks franchise called “Alvin and the Chipmunks: Road Chip“. Like the previous Chipmunks film,  “Alvin and the Chipmunks: Road Chip“  will be a combination of live action and CGI.  The voice actors who played the chipmunks in the previous film will be returning for the 4th installment. Matthew Gray Gubler stars as the voice of Simon, Justin Long plays Alvin and Theodore will be voiced by Jesse McCartney. In the new film, the Chipmunks go on a road trip to track down Dave. Alvin, Simon and Theodore believe that Dave is going to propose to his new girlfriend in New York City and dump them. A series of misunderstandings leads them to that conclusion and now they have just three days to find him and plead their case. The chipmunk boys are under the impression that they need to stop the proposal in order to save their relationship with Dave as well as prevent them getting stuck with a terrible stepbrother. 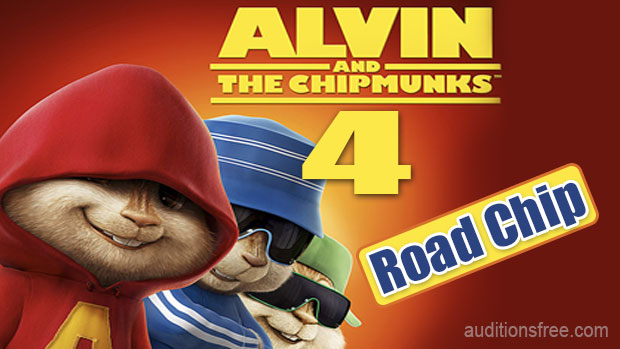 Also seeking Athletes for tomorrow the second as well as the dates listed above. New faces ONLY to Alvin. Must be a male in great shape. Must be obvious that you look like a athlete! Subject FIT

Send the best and most current photos of yourself! List your height, weight and sizes.
E-mail alvin4party@gmail.com

The scheduled release date for the Chipmunks movie is around Christmas time, December 23, 2015.

Be sure to check out all the other casting calls for extras in the Atlanta area.