The 80s film is getting a modern day remake as a TV series and talent in the Austin area may apply to be considered for small roles in the pilot. The show is currently looking for experienced country western dancers to work as talent in scenes filming for the “Urban Cowboy” TV Pilot. The show is also holding open auditions for country western dancers next Friday, the 11th in Austin.

In the original,  “Urban Cowboy” Debra Winger and John Travolta played Bud and Sissy.  Scenes were set in the famous Gilley’s bar and included lots of line dancing.  The casting directors for the show at Brock / Allen are looking to cast some Gilley’s dancers for the pilot. The “Urban Cowboy”  remake  will star Alfonso Herrero, Jim Belushi and Bryona Soloz. It will be modern day romantic drama filled with aspects of the original film such as line dancing, oil refineries and probably some mechanized bull riding. 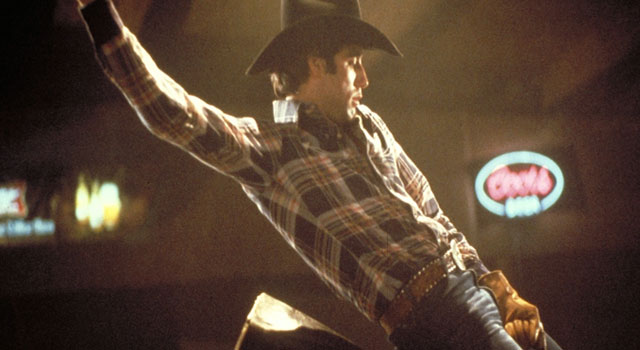 The pilot begins filming mid-month on the 16th and will film in the Austin area for about 4 weeks. Dancers cast can expect to work 3 days on set. Those attending the auditions will be expected to dance and should dress accordingly.

If you want to be considered as a line dancer in the pilot episode of the upcoming series, see the casting notice below for further information.

The show is looking for dancers experienced in the two-step, electric slide, cotton eye joe and other country style dances. Talent must me 18 and over to be considered and all talent must be local to the Austin, San Antonio or surrounding areas as no travel costs will be paid. 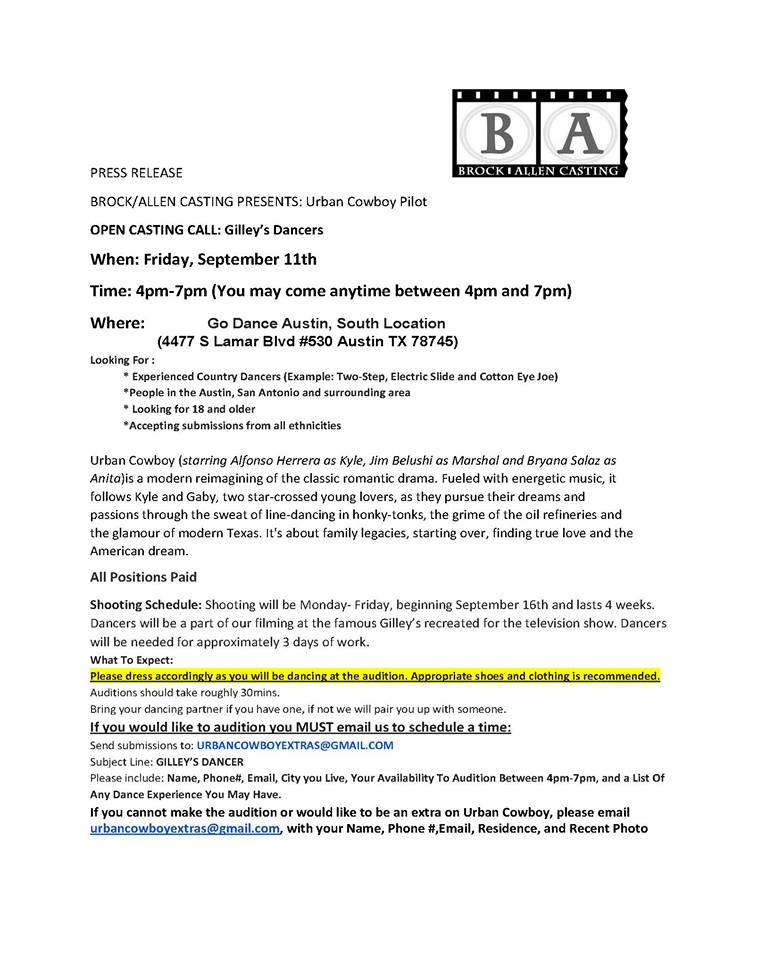