ID2 filming in Albuquerque has released another casting call for talent. The movie is looking for paid background extras to play a variety if roles in the “Independence Day” sequel. The movie’s casting directors are now looking for what they call “new faces”, basically, people who have not yet worked as extras… or any on camera role in the “Independence Day” sequel. Interested? see the available roles listed below.

“Independence Day 2“ will be called “Independence Day Resurgence”.   The sci-fi alien action flick is rumored to be a 2 movie deal.  The first movie in the series is filming now and scheduled to be released in theaters in the summer of 2016.  According to the film’s IMDB page, ID2 has a budget of $200,000,000 and will be set 20 years after the original “Independence Day“, July of 2016.  Looks like the project has quite a few returning cast members.  Jeff Goldblum, Vivica A. Fox and Bill Pullman will all be a part of the new cast.  Joining them are Charlotte Gainsbourg, Liam Hemsworth, Travis Tope and Jessie Usher. While Will Smith, or his character will not be returning for the sequel, his son will.  An ID2  casting call last week mentioned that Captain Steven Hiller’s, now adult son, is part of the film and is a pilot taking part in the fight for planet Earth. Last weeks call was actually looking for military types to play other members in his Air Force sqaud. 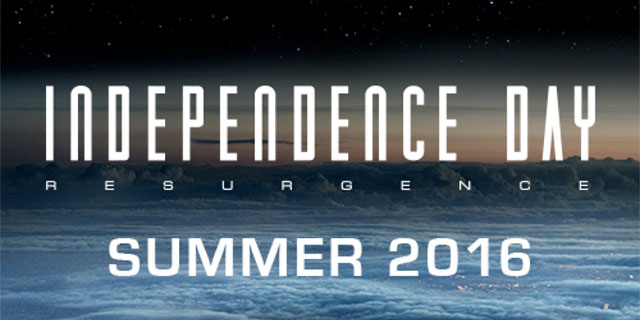 Please note that this film is only hiring extras that are local to the Albuquerque area and talent must have New Mexico ID in order to be considered.

We do not have call/wrap times so you would need to be fully 100% available on the work date. You MUST have open/flexible availability if submitting so that you can work WHATEVER the call times & wrap times end up being. If not, please DO NOT SUBMIT!

Pay rate for EXTRAS is $72.00 for 8 hours ($9.00/hour with a 8 hour guarantee). Overtime will be paid after 8 hours. You will receive a check in the mail usually 10-14 business days AFTER you work.
Location is in
the ALBUQUERQUE, NM area

MILITARY PRESS CORPS: male and female, all ethnicities, age range 24-50, clean-cut ,conservative, professional, Men MUST be willing to let us give you a military haircut and you MUST be clean-shaven (NO facial hair)

To submit for work – Please EMAIL US ASAP to: IDRcast@gmail.com with subject line WEDNESDAY PRESS BOOKING. You MUST include first & last name, height, weight, age and a valid contact number. Please also include a RECENT photo of yourself.

PLEASE DO NOT send more than one email! PLEASE DO NOT email if you don’t fit these casting requirements or are not available on the listed work date! Thanks!