Julia Robert’s new film ‘Mothers Day‘  is casting kids and families with kids to fill small roles in the movie.

Gary Marshall’s new comedy “Mothers Day” is now filming in the Atlanta area. The project just released a casting call for paid background actors. NLC, the projects extras casting directors are seeking to cast photo doubles, background talent that has cars that they are able to use in the scene as well as people with some unique looks… surfers, hipsters, grunge, etc.

‘Mother’s Day‘  features an ensemble cast and will star Julia Roberts, Jennifer Aniston, Kate Hudson and Jason Sudeikis.  Wayne Rice and Gulfstream Pictures’ Mike Karz are producing the project. The story focuses on intertwining stories of moms right before the holiday. Gary Marshall’s ‘Mothers Day‘  is actually one of 2 films with the same title that is set for release in the spring of 2016, just in time for Mothers Day. There is a second film also called ‘Mothers Day‘  that is also filming right now and that one stars Courtney Cox, Christina Ricci, Paul Wesley, Roselyn Sanchez and Sharon Stone.  THR reported that Marshall is ready to change the name of his project. According to THR, Marshall stated that his team will raise the white flag. In an interview, Marshall stated “Ours likely won’t be called Mother’s Day but I don’t know what the title will end up being.”  ‘Mothers Day’ is scheduled to hit movie theater on April 29, 2016. 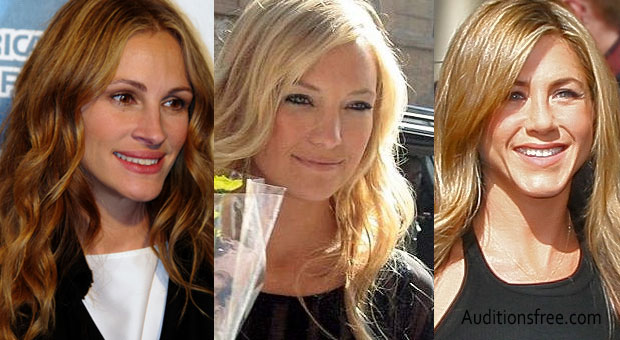 Interested in the roles? Here is the casting notice.

NLC IS SEEKING THE FOLLOWING FOR THE FEATUR FILM MOTHER’S DAY
WORKING THIS MONDAY 10.5!

Also Casting for a Hispanic boy

4-6 year old hispanic boy that will take direction. This is for Mother’s Day and will shoot in Atlanta. Most important to have DARK CURLY HAIR. This would be for Monday. Approx 12-5p. Please send headshot, age, height and weight to nlcmdaybg@gmail.com and put TANNER in the subject line.

NLC is seeking Asian kids with braces….ages 6-15. Male and Female along with one female asian mom. This shoots on Monday in Atlanta. Please submit a smiling photo, name, age, height, weight and contact info to nlcmdaybg@gmail.com Please put BRACES in the subject matter. We are booking right now.

Live in the Atlanta area and looking for more castings?  Be sure to check out all the other TV shows and movies filming in ATL.