Theatre Audition for “Behind the Robe”

Kingdom Komedy Productions Looking for male and female actors for Saleem Yeargin’s new stage play Behind the Robe. This is great opportunity to be apart of a upcoming hit play here in San Diego in Sept. 2015

We are looking for new actors seasoned actors and first timer actors to be apart of an awesome production some roles are paid and some are not. If you feel you fit any of the characters down below please submit your headshot and resume.
Looking for actors ages 18 and up

Karen is good looking very well dressed woman in her late to early 30’s that has a heart to help people. She is the new first lady of the Greater Gethsemane Church, she was excited to become first lady because had so many idea’s. Her ideas were to further the church but she finds out that her efforts will not be welcomed, because she is a women she is deemed to presumptuous. Her husband become jealous of her and the jealously become rage and she becomes a victim of domestic abuse. Drowning in her hurt and despair she runs into the arms of another man. As she goes on a journey to pick up the pieces of her life, making all wrong decisions, she finds herself in a love triangle. 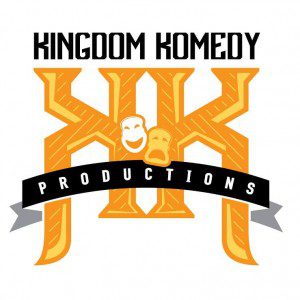 Pastor Booker is in his late to early 30’s and is the new Pastor Greater Gethsemane Church. He a very distinguished man and highly respected by his community and church. Pastor struggles with the opinions of people as the Pastor of the church and he fill the shoes of the late Pastor Loveless. Dealing with the stress of the church and becoming a new Pastor he becomes vingfull and take it out on his wife and eventually becomes abusive to fulfill in own insecurities. Even though he is loved by his congregation he is a completely separate person at home with Karen. Because of his inability to set his ego aside he ends up losing everything he compromised his character and took for granted his church and wife.

Duncan is a single man, the Asst. Pastor, and predecessor of Pastor Booker. Duncan is in his late 20’s very fit and very attractive and eligible bachelor. Wanting nothing more than to have someone he can love and build a family. He let’s his immaturity put him in a love affair with the Pastors Wife that leaves him heart broken and learns the hard way that love does not always have a happy ending.

Very funny, comedic and flirtatious woman in her mid to early 40’s. Sister Bernadette is the church secretary her conniving attitude makes her unapproachable and leaves a bad taste in everyone’s mouth. She is willing to do anything it takes to keep her position in the church even if it means compromising her character.

Both in their 70’s. The feisty old ladies have been best friends for over 30 years and are the mothers of the church. Although they are old they still have a lot of spunk and are not afraid to speak their mind and keeps everyone they come in contact with on there toes. Some may say they are Judgemental old ladies but the way they see th
ey have been living a long time and have a lot of wisdom to share with these young folk.

Sister Oda Mae:
She is in her 90’s and has been the church Secretary for 35 yrs. Oda mae wants to do everything on her own because she does not want to be labeled as old just yet. Always being pushed to the side by her church members, then ends up being beacon of wisdom to all the foolishness that is happening with the Pastor and the church. What makes her funny is the untimely ability to show up late and at the wrong times.

Bishop Green is a very distinguished man in his late 40’s early 50’s. He takes his roles and reputation of the district he oversees very seriously and will do whatever it takes to protect it. His very authoritative dominor demands respect but is perceived to be overbearing and a bully, whatever it takes to keep his name and position in tact is what he is willing to do.

In her early 50’s. She a very self centered snob that looks down on everyone. She is the District Secretary and wants everyone to know how important she is. She is at every event and always has an opinion and gives advice or correction unwarranted.

The audition will be held May 9th,16th and the 23 from 2pm-4pm located at Open Door Family Worship Center 4720 Mission Gorge Pl.

This casting notice was posted by: Kingdom Komedy