Movie auditions for kids in the UK

“The Snowman” starring Michael Fassbender is looking for young, talented actors in the UK.

“The Snowman” is written by Matthew Michael Carnahan and is based on the novel written by Jo Nesbø. The film has been in the works for some time with Martin Scorsese set to take the director’s chair some years back. The film is now getting closer to production, it is in the pre-production stages and Scorsese has now taken the executive producers role with  “Tinker Tailor Soldier Spy” director Tomas Alfredson set to head up the project in the directors chair.  Tomas Alfredson directed the film adaptation of John le Carré’s cold-war spy novel “Tinker Tailor Soldier Spy”  which led to an Oscar nomination for Gary Oldman who played British intelligence agent George Smiley.

“The Snowman”  is an adaptation of a popular crime novel in which a serial killer leaves clues behind on a snowman at his crime scenes. The novel is set in Norway where a maverick cop sets out to find the man who is setting up to be Norway’s first serial killer. The cop’s name is Harry Hole. Hole is a character in a series of Nesbø’s novels and the author gained recognition as a writer of crime based novels with his 2006 novel, The Redbreast.  In “The Snowman“, detective Harry Hole investigates the disappearance of a woman whose pink scarf is found wrapped around an ominous-looking snowman. – IMDB 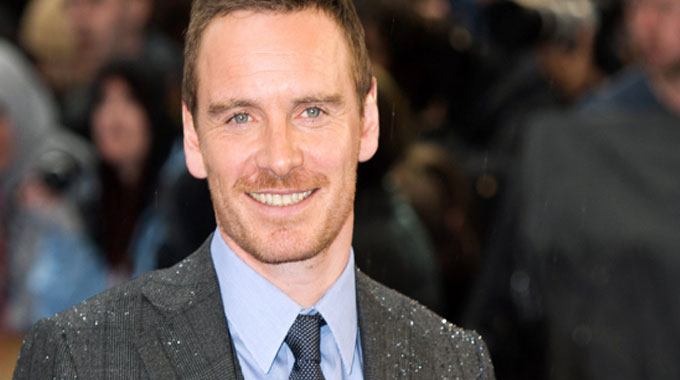 The Snowman  will be filmed in the UK with backing from Universal. Michael Fassbender joins Rebecca Ferguson ( who, by the way is filming “Girl on The Train” right now… a film that has a few casting calls out in the NYC area) in the cast of the upcoming crime drama.

Jina Jay Casting has just released a UK casting call for UK child actors. The film’s casting directors are seeking Caucasian boys ages 7 to 10 and 9 to 15 as well as girls ages 9 to 10 of any ethnicity to fill principal roles in the production. All child actors applying MUST be UK based and must apply by November 16th in order to be considered for the roles. The movie will begin filming in the UK this coming January of 2016 and is expected to hit the movie theaters in 2017.

Live in the UK and interested in auditioning for the kids roles?

See the casting notice below for details on how to submit your photos and contact information directly to the casting directors. 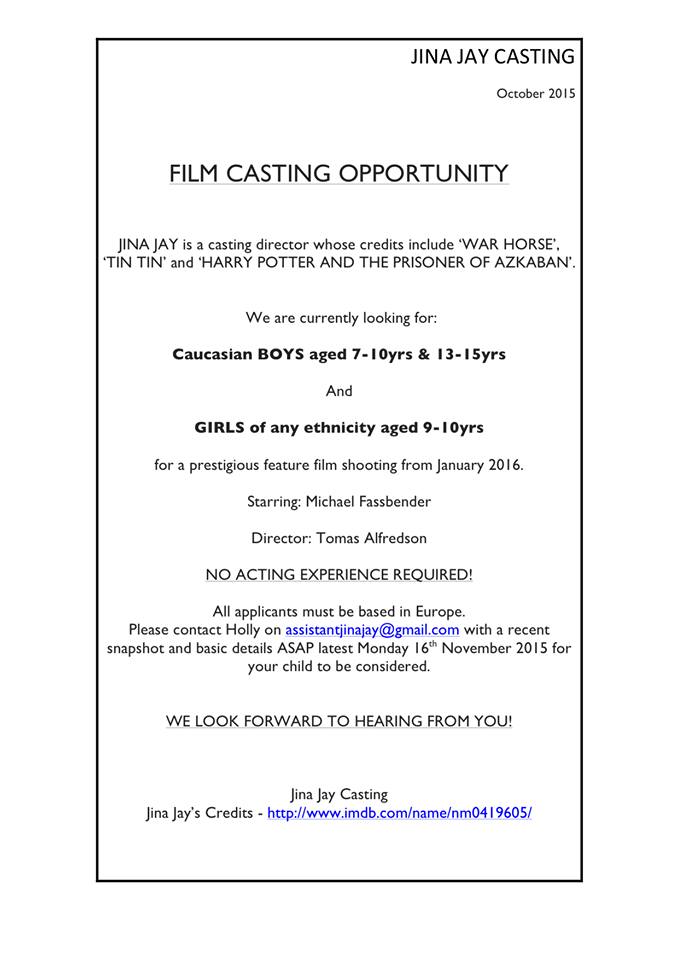 Please note that you MUST live in the UK in order to be considered for the roles.