SYNOPSIS: 17-year-old Owen lives the teen angst dream life: playing with his band, smoking pot, and distancing himself from his family as much as possible. When his father, Joel, pesters him to visit his grandmother, Owen begrudgingly hops in the car with his dad, high and ready to get the visit over with. On her hospice bed, Sylvia Rose is dying. Seeing her there, nearly motionless, forces Owen out of his innate, self centric mindset and gives him an opportunity to see beyond the guise of grandmother, and into the life of a woman he has never met: the woman before grandma. And so before there was darkness and death, there was an abundance of life– pure unfiltered liveliness beaming from a beautiful teenager, a wonderful mother, and a miracle grandmother. Only Owen can find her before it is literally too late.

“Lipstick Stains” is a Boston University undergraduate thesis film. Our director hails from Virginia Beach and is taking this film, the culmination of his studies, back to his hometown where it all began.

AUDITIONS
Email Emma at lipstickstainsfilm2015@gmail.com to schedule a preliminary phone interview. Please include your headshot and resume.

Sylvia Rose (80s, female)
Owen’s dying grandmother. Decrepit, pale, wrinkled: a mere shadow of her former self. When her grandson Owen visits for the first time, a spark of life is ignited from within. Her natural instinct is to put up a front for her grandson, to protect him from her present condition. As Joel later recounts, today is “the first time she has put on makeup or lipstick in weeks.” Sylvia applies her rouge and lipstick, as to preserve the image of herself for her grandson one last time.

Joel (50s, male)
Owen’s father. The product of hard work. Joel did not come from much, and he is not particularly smart, but he knows people and knows how to outwork his colleagues. He has created a comfortable life for his family by putting in a 9-5 six days a week for the last 25 years. He does not understand his son, Owen, on a fundamental level; Owen is a creative at heart, and does not value the importance of traditional education and career oriented lifestyles. Thus, at a time where his mother is dying, and his son seemingly has not noticed, his temper is hot and he struggles to communicate and interact with Owen.

Danny (80s, male)
Owen’s grandfather. 83 and fit, Danny copes with the inevitable death of his beloved wife, Sylvia Rose. He is tired, worn out, and defeated. He gets relief from his son, Joel, who visits often and lightens his work load. He is very happy Owen shows up to pay his respects before it is too late.

Young Joel/Young Owen (4-6, male)
A mischievous child. You can see it in his eyes, he is thinking of ways to complicate his parents life. Cheeky, always with a smirk on his face!

Teenage Owen (11-14, male)
Owen has hit his introverted stage, not wanting to ever be around his family. He loves to practice the guitar, but is too embarrassed for his family, or anyone for that matter, to watch him.

Young Danny (22-28, male)
Physically fit, warm looking man of intention, who knows he loves one, and only one woman. He would do anything for his Sylvia, and he works everyday of his life to make her more comfortable in her own skin.

Principal (40s-60s, male or female)
Stern and intimidating. Has never had a good relationship with Owen, and looks forward to the day he graduates and never comes back. 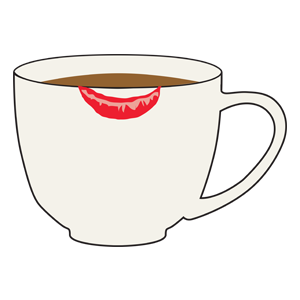 Characters will not be called every day.

Compensation: Food, travel, and a copy of the final film. Non-Paid.

This casting notice was posted by: Emma Platek, Producer