Fond du Lac Community Theater has just announced that they will be holding auditions for their summer 2015 production of “Shrek“.

“Shrek The Musical” is casting for lead and supporting roles including those of Shrek, Fiona and Donkey. Auditions for the production will be held March 12th to 14th at the Firehouse Community Theater Building located at 250 W. Ninth St. The show is looking to fill the lead roles, supporting roles as well as chorus.  Shrek the Musical will be be performed this summer, June 25-28 at the Fond du Lac High School PAC in Wisconsin.

“Shrek The Musical” is based on the Dreamworks 2001 animated feature film, “Shrek“. It tells the story of an unlikely hero, an ogre named Shrek, who sets off on a mission to rescue the feisty princess Fiona from the clutches of a dragon. The fairy tale story is filled with well known fairy tale creatures such as The Ugly Ducklings, 3 Little Pigs, 3 blind mice, Pinocchio, Sugar Plum fairy and many more. 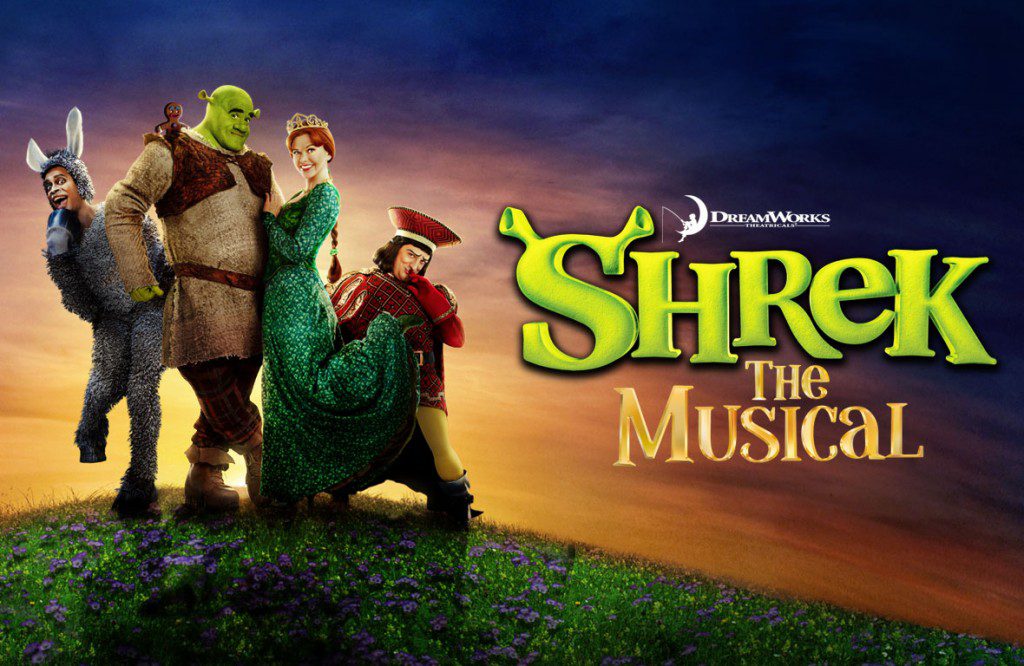 Those auditioning should come prepared to sing approximately one minute of a musical number. There will be no pianist at auditions. They will be given a number and an audition form and should bring their calendars to be able to list any possible conflicts on the audition form.

Auditions will take place at the Community Theatre Building located at 250 W. 9th Street. Come prepared to sing approximately 1 minute of a musical number. There will be no pianist at the auditions, so we ask that you sing your selection acapella.

Callbacks will be held Sunday, March 15 starting at 12noon. If you are asked to attend callbacks, you will be given a rehearsal packet with a song and readings to prepare for the callback audition.
Any questions about Shrek auditions, please email Director, Bree Gens, at breegens4645@gmail.com or Assistant Director, Maggie Matysik, at mmatysik@ccfdl.org

Specific audition times for supporting roles and chorus will be from 6 to 9 p.m. Thursday, March 12. Those interested in any lead roles should audition from 6 to 9 p.m. Friday, March 13; and from 9 a.m. to noon Saturday, March 14 is for dance auditions. There will be a dance team for this show performing in three-to-four numbers. Those auditioning for this dance team should bring tap shoes and be prepared to learn several different combinations. Saturday from noon to 3 p.m.is open auditions for those who cannot make the Thursday and Friday audition times due to scheduling conflicts.