Movie dancer auditions for girls 9 to 19 in New York City.

Jackman is set to take on the lead role of showman P.T. Barnum.  “The Greatest Showman on Earth” is described as the story of American showman P.T. Barnum, founder of the circus that became the famous traveling Ringling Bros. and Barnum & Bailey Circus.  According to the movie’s IMDB page, THE GREATEST SHOWMAN is an original musical inspired by the life of P.T. Barnum.

Barnum was a visionary who rose from nothing to create the “Greatest Show on Earth,” a spectacle and celebration of his larger-than-life imagination that captivated audiences around the globe. Deadline reports Zendaya, who also stars in the upcoming Spider-Man movie, “Spider-Man: Homecoming” will be playing a major role as Zac Efrons girl friend.

The movie is set in the late 1800’s and casting directors with GWC in NYC are looking to cast some REAL pointe ballerinas ages 9 to 19.  The ballerinas will be part of Dance Class scenes that will film in January or February and are principal roles and girls cast for the roles will be paid SAG principal rates. Children and teens submitted for the roles must have experience with pointe ballet and a high level of expertise. 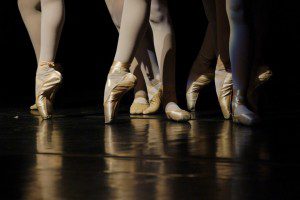 Seeking ages 9-19 who can portray pre-teen/early teens.
MUST have mid-high experience level on pointe.

There will be two rehearsals in January- dates TBD.
Tentatively works on 1/20 and 2/16.

Please email submissions to showman@gwcnyc.com with: