Telsey+Company is casting 2 young actresses, 4 to 5 years old, to play Lulu, a sweet & carefree young girl who appears in the Broadway musical’s final scenes. Parents with girls fitting the description are able to audition for the role online via a video audition. These are principal roles in a major Broadway show and while kids from all over the United States are welcome to apply for a chance to star in a Broadway show, those cast for the roles will be required to move to New York City with their family for rehearsals and production.

Waitress is a new musical which  made its Broadway debut at the Brooks Atkinson Theatre in April of this year.  A US tour will be coming up shortly and is expected to kick off in 2017. “Waitress” features music and lyrics by Sara Bareilles, and a book by Jessie Nelson.  The show is based on the 2007 film of the same name.  The show has received rave reviews with the NY Times stating “Sugar. Butter. Flour.  The words are crooned like a lullaby intermittently throughout the musical “Waitress,” bringing a warm blanket of comfort to the troubled central character, stuck in an unhappy marriage and essentially working two jobs, baking pies for the diner where she also puts on an apron to wait tables.” The NY Times goes on to say “(Mueller) possesses a rich, soulful and emotionally translucent voice, and an ability to bring heaping cupfuls of subtext to her acting.” 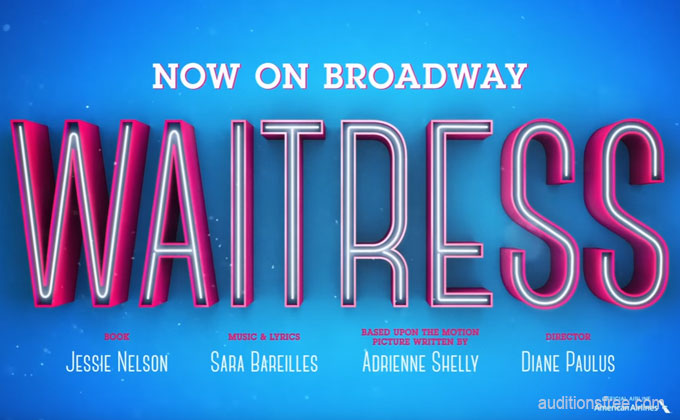 “Waitress” stars Tony Award winner, Jessie Mueller as Jenna. Jenna Hunterson is a waitress in an unhappy marriage to her husband Earl. When Jenna unexpectedly becomes pregnant she begins an affair with her gynecologist Dr. Jim Pomatter. Looking for ways out she sees a pie contest and its grand prize as her chance.  In 2015 Mueller won a Tony as well as a Grammy Award for her performance as Carole King in Beautiful, The Carole King Musical. Jessie Mueller also starred opposite Harry Connick Jr. in On a Clear Day You Can See Forever. That show was Mueller’s Broadway debut and she received a Tony nomination for her performance.

“THE WOMEN OF WAITRESS ARE CHANGING BROADWAY!” (Time Magazine). 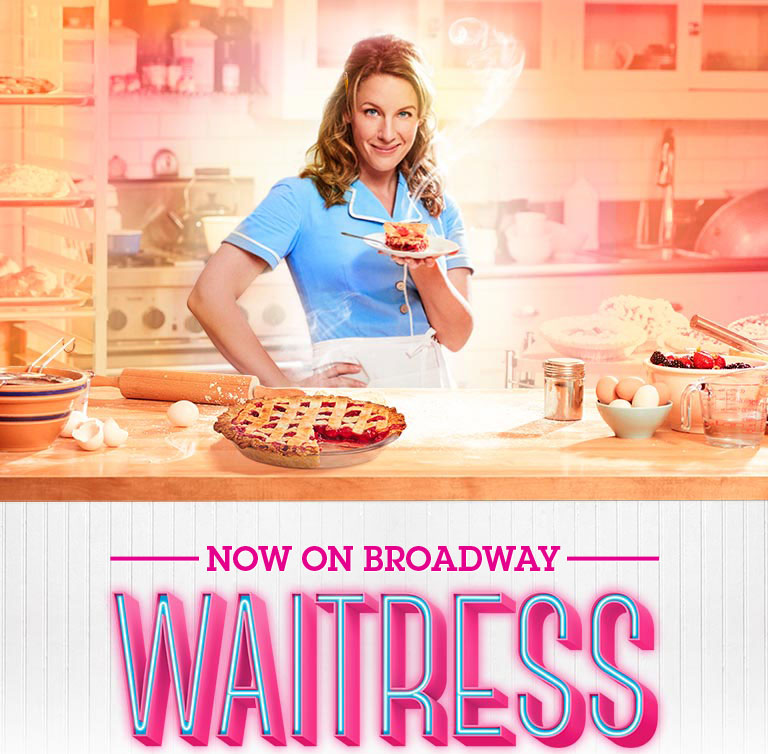 Online auditions for kids, girls 4 to 5 years of age to play….

LULU
Seeking 2 young girls to alternate the role of Lulu, a sweet and carefree 4- to 5-year-old who appears in the production’s final scene. Applicants should be shorter than 4’2” and no older than 5 years and 3 months. Individual applicants are welcome, as are sets of twins or siblings. Please note, the children who accept this role will be required to relocate to New York City, along with a guardian.

Young actresses (via their parents) are able to apply online for the role. The casting directors for the show have setup an online audition process which includes downloading the scene / sides and recording a video that they will then upload back to the site. Please see the casting notice below for further details on how to apply for the role.