I am now casting multiple paid roles for my play entitled “Forgive & Forget” scheduled for October 2016.

Forgive & Forget is a story that reveals the terrible sickness that non- forgiveness can play in our lives, especially between family members. A.J. and Chris are not brothers by birth, but when Mama D, A.J.’s mother takes her nephew Chris in as her own son the two brothers take two different paths to finding God. Chris travels a troubled path of struggles in the street before time in prison provides a reality check and an urgency to seek God in his life.

Chris is eager to show his faith in God and commitment to Kirah and their son Chris Jr. A.J. on the other hand is still carrying bitterness and unforgiveness of Chris’s negative actions from childhood into their adult life, and is convinced that Chris will never change. Simone, Joe Moe, and Uncle Eli all help add drama, truth, and comedy as the story unfolds. Mama D is stuck in the middle, holding on to the prayers and hope that the two boys she raised will see their calling and fulfill the will of God as men. 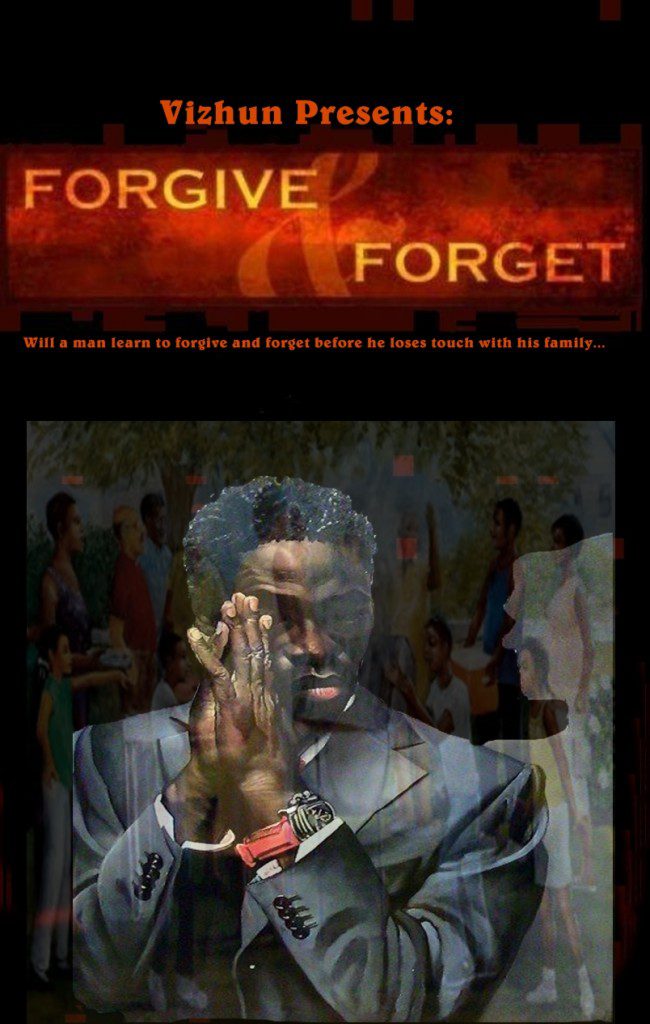 Aaron “AJ” Jordan: a professionally-driven man in his late 20’s
He is a Nephrologist (treats kidney illnesses); he is also Mama D’s only biological child. His father died of Chronic Kidney Disease when AJ was a young child. While he doesn’t blame God for his father’s death, he has come to think that he doesn’t need God in his life or for anything. His character struggles with his emotions as he tries to be Mr. Perfect without acknowledging how much God is in control of his life. He also shows resentment toward his adopted brother (cousin) Chris. While they were the best of friends as kids, as they grew older and Chris got into more trouble hence Mama D having to spend more time with Chris than with AJ! He blames this on Chris, and having no forgiveness in his heart he finds it difficult to love others. Especially his longtime friend Simone who is attracted and has feelings for him! His dark secrets with Kirah, Chris’s girlfriend also cause more harm than good.

Uncle Eli: a wise-cracking older man who enjoys life to the fullest; in his late 50’s (MUST BE ABLE TO SING)
Uncle Eli is Mama D’s younger brother, he lives with her and harasses her every chance he gets.
He provides the comedic relief for the family when everyone is taking things so serious. His wit
& energy even at his old age is off the top and spontaneous.

Kirah Collins: a former materialistic diva, but motherhood has helped settle her down a little bit; in early 20’s (MUST BE ABLE TO SING)
Kirah is Chris girlfriend of 10 years and they have a 4-year-old son together. Kirah used to support Chris and his thugged out ways, now she wants better for him, their child and herself! She is attending school and working on being on the straight and narrow, will her pass with AJ comprise her future with Chris?

This casting notice was posted by: Clifton Johnson, Playwright & Director