Casting call for 13 Miles, a triathlon sports drama. We have 8 roles we are accepting submissions for.

Set against the backdrop of professional triathlon competition, CORA, an amateur runner, finds new-found confidence while training for a race after a devastating breakup with her longtime boyfriend, TREVOR.

WE ARE LOOKING for actors to fill the following available roles:

CORA (LEAD)
Late 20’s-Early 30’s
Cora is a sweet, but somewhat misdirected young woman who has put her life on hold until Trevor, her boyfriend and pro triathlete, wins the World Championship Triathlon, at which point he has promised to retire and start their life together. However, when things don’t go as planned, the couple separate. Lost and uncertain about what to do next, she turns to running as a source of comfort. But running is only the gateway to a journey where Cora discovers that life lived on her own terms is a whole more interesting.

LEXI (SUPPORTING)
Early-Mid 30’s
Lexi is good-natured, energetic and hard-working, a professional baker, she is Cora’s sister. Caring, but spirited, she urges Cora, who’s recently split with Trevor, to focus her energy into the family bakery business. Lexi, confused as to why Cora would rather spend her days alone or training with some running club.

DARCY (SUPPORTING)
Early-Mid 30’s
Rugged and surfer-cool, Darcy owns a running shoe store, also an avid athlete who heads a running club for amateurs. Wry-humored and something of a goofball, he takes an immediate liking to Cora, inviting her to join the group.

VANESSA (SUPPORTING)
Mid-Late 20’s
Vanessa is a triathlon reporter. She’s ambitious and ruthless, very much the female version of Trevor, but with a playful side.

OLIVER (SUPPORTING)
Early-Mid 40’s
Oliver is Trevor’s coach, and a loyal friend. His loyalty can’t pay the bills, however, and so he needs to find new, younger athletes to coach, a choice that tests his friendship with Trevor.

HOWARD (SUPPORTING)
50’s
Howard is a larger-than-life, kind, appealing, supportive race volunteer. Galvanized to get in shape after watching Trevor in action, a proud Howard finishes his first marathon, happy to be able to easily walk his daughter down the aisle on her wedding day.

AGATHA (SUPPORTING)
70’s
Agatha is a sweet, friendly, dogged woman. She is an amateur competitor in the World Champion Triathlon. She’s admittedly nervous but determined to cross the finish line. 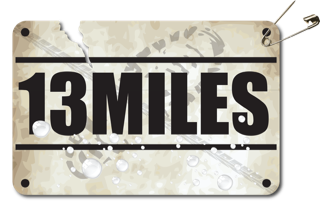 If any of these roles interest you, please send your details (1-2 headshots, acting resume and link to demo reel or recent work) to: 13milescasting [at] gmail [dot] com

Be sure to include the role(s) you would like to be considered for.

You can go to http://www.13milesmovie.com/casting for a breakdown of the roles and how to submit.

We will commence filming in July 2016

This casting notice was posted by: Habethy Film Productions