Looking for a modeling job?

Model auditions in the Southern California area are coming up next week.

TV show producers are casting models For a chance To become UFC Octagon Girls and appear in their own reality TV show.

The UFC and reality show producers at Pilgrim Studios are looking for physically fit models over the age of 21 who would love to become UFC ring girls. The new show will be holding auditions in the Los Angeles area city of North Hollywood next week and models selected will need to be available in November for filming.  The show will be filming a network presentation at this time and some models may be cast for the upcoming UFC series.

Octagon girls travel with the UFC all over the world to participate in UFC events.  This is a paid modeling job. Models selected for the November filming will be paid and models that are chosen to star in the new reality show will be given a UFC contract as well as be paid to be on the show.  There do not seem to be any height requirements for models and current UFC ring girls’ heights start at 5’4″. Auditions are being held by appointment only. Ladies interested in the gig may follow the directions listed below to get their submissions in to the casting directors. Again, this is being cast next week so models need to send their info in ASAP  in order to get an audition slot. 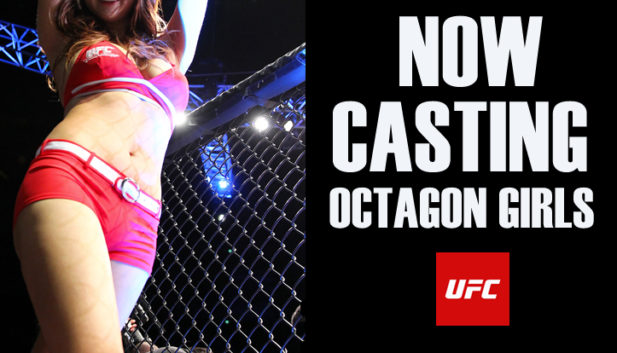 The producers of The Ultimate Fighter are seeking models from Southern California for an opportunity to become the UFC’s newest ring girls (aka “Octagon Girls”) and appear in a presentation for their own unscripted series on a major cable network.

On this brand new show, each of our selected models will join the ranks of the prestigious Octagon Girls and travel to UFC events throughout the world. The series will document their work with the UFC, as well as their lives on the road and back home in Southern California. 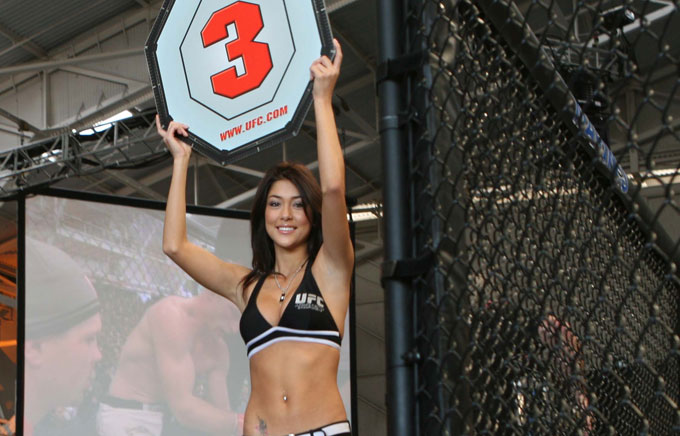 We are seeking models who:

Models selected will film a non-union presentation for the TV series for a rate of $500. If you are selected for the series, you will receive an Octagon Girl contract with the UFC, as well as an appearance fee for the show.

Please submit the following to OctagonGirlsCasting@gmail.com OR fill out the online application.

2. Several clear photos of yourself (at least 1 headshot, 1 mid-body shot, and 1 full-body in a bikini)

3. Your height and weight