The search is on to find the next Mr. Clean

After decades of seeing the cleanliness icon on store selves and TV commercials. Procter & Gamble may be making a change to the character. There is a casting notice out for someone to be The Next Mr. Clean. According to Procter & Gamble, the original model for the image of Mr. Clean was a United States Navy sailor from the city of Pensacola, Florida and now, it can be you.

TV commercial auditions are open to actors and non-actors alike nationwide in the US and Canada. The new Mr. Clean stands to make some cash. Casting directors are estimating that whomever is chosen will be paid 10k to 20k for their appearance in a new ad campaign. Video auditions are open now and the deadline to apply for the role is October 7th.

Mr. Clean, sometimes described as a “Genie in a bottle” always has a smile on his face and according to the Mr. Clean wiki page has only lost that smile once… his brief time in the “Mean Mr. Clean” series of ads when he was frowning because he hated dirt. While we are all used to the cartoon character, at one time he appeared as a live person in television commercials. Live actor Mark Dana appeared playing Mr. Clean in a suit-and-tie in the mid-1960s. It looks like an actor may be reprising the role of the real Mr. Clean some 50 years later. 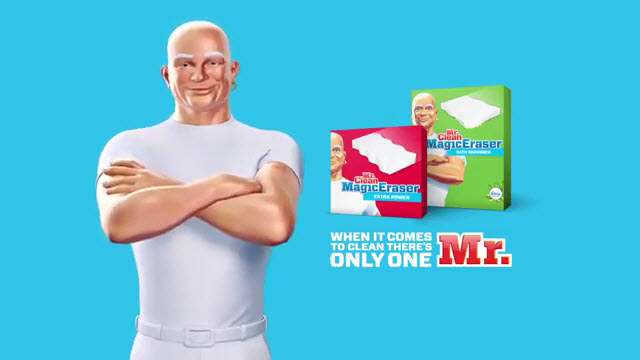 If you can sing the Mr. Clean jingle and send it to the spots casting team… you may have a shot at worldwide stardom as the new Mr. Clean.

CASTING – THE NEXT MR. CLEAN

After nearly six decades of tackling the most seemingly impossible messes, Mr. Clean is taking an extended vacation. And, while he’s away, he needs someone to fill his impeccably white shoes.

Head to thenextmrclean.com for your chance to become “The Next Mr. Clean!” To submit, you will need to create a 60-second video of yourself explaining why YOU deserve to be the next Mr. Clean. The person selected will earn $10,000 – $20,000.

You have until October 7th, 2016 to apply, so don’t delay. Follow all instructions listed at www.thenextmrclean.com before submitting your video, otherwise you will not be considered.

If you can’t remember how the classic jingle goes, check this out…