Disney’s upcoming retelling of  “A Wrinkle in Time” is holding open auditions for teens in Chicago.

Auditions for a major role in the Disney movie are being held this week and casting directors are looking to fill the lead role of “Calvin” who is described as a Latino teen ages 14 to 17. The movie has been casting major speaking roles for some months now and casting directors in various cities have held open calls. Just this last weekend, open auditions for Disney’s “A Wrinkle In Time” were held in Virginia, however those seemed to be for a different role and a completely different age group.

Chicago’s Simon Casting will be hosting this particular open call and audition slots are being setup for this week and are by appointment only. Teens matching the below description are asked to get their contact info and photos over to the casting directors ASAP. 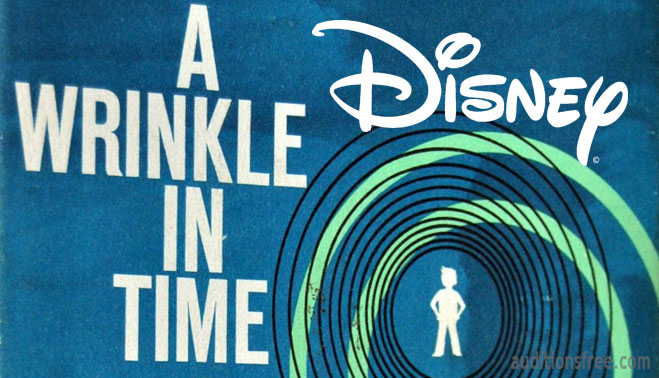 The Disney movie will star Oprah Winfrey and Reese Witherspoon. “A Wrinkle in Time” is being directed  by Academy Award nominee Ava DuVernay who worked with Oprah Winfrey on Selma.   “A Wrinkle in Time” is based on the popular children’s book by Madeleine L’Engle in which  a troubled teen girl named Meg and her family set off on a fantasy adventure after her scientist father goes missing while working on a top secret project known as the Tesseract.

The book won literary awards including the Newbery Medal, Sequoyah Book Award, and Lewis Carroll Shelf Award. The script for the Disney’s version of the story is being written by Frozen screenwriter Jennifer Lee. 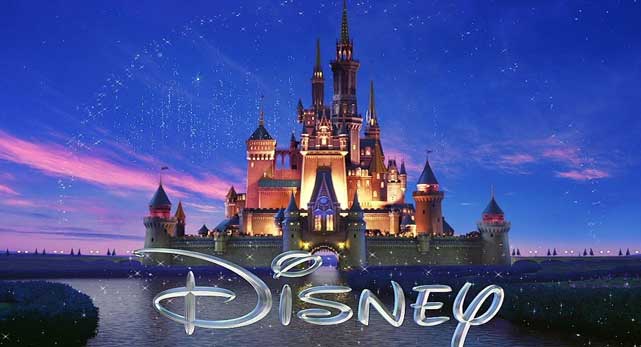 Please note that these auditions are only for the one role that is specified below. Please only apply if you fit the description and live in the Chicago area since the auditions are being held in person.

ClAIRE SIMON CASTING IS SEEKING ACTORS TO PLAY THE FOLLOWING:
Calvin / 14 – 17 yr old male
To play a character who is LATINO

HANDSOME, athletic, genuinely sweet and caring, a decent young man who effortlessly does the right thing. The popular kid in school with a bright future.

AUDITIONS: WEEK OF 10/10/16
PLEASE EMAIL – Headshot and resume to AWITChicago@gmail.com 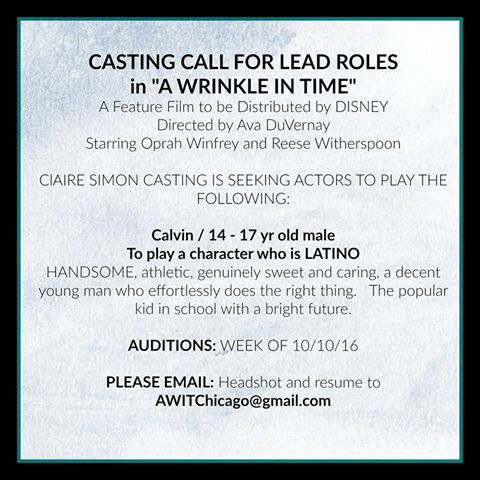 One thought on “Disney Movie Auditions for Teens Coming to Chicago”