Female Vocalist Desired For Fantasy Theme, Must be Able to Sing With Accent

First Taste Multimedia, LLC is looking to hire a female vocalist specifically for an opening theme song to one of our projects: Metal Mage. Should the work be satisfactory, we would additionally give right of first refusal for any future female vocalist parts we may be casting, prior to a more open call such as this one. First Taste Multimedia is a Minnesota-based international company which works with artists of various media formats to create new intellectual properties, as well as promotional videos and the like for them. This particular casting call is for the opening theme song, which will be used for promotional purposes, as well as on our website itself to give a feel for the comic series, as part of a possible soundtrack, and possibly as an animated opening for an OVA in the future. The majority of uses would not be profit-driven, but should the latter two be utilized, the contract would include a royalty percentage of the profit from their sales, in addition to the upfront pay of $75 for the minute long recording.

Unfortunately due to the limitations of the project description length, I cannot post much detail about the series itself here, but there is some on our website ( www.firsttastemultimedia.com ) and anyone interested in the project may message me for more information. The basic information I can post due to the limitations, is that Kestrel is an android masterpiece capable of emotions and learning finished by her father before he died, and that higher powered beings known as Numina end up taking an interest in her, giving her blessings without her or her father’s knowledge (which he learns after he dies). The most powerful of them gives her a soul, and the ability to use magic. Before her father dies, she swears to learn the secrets of immortality so that others who she comes to care for won’t pass away before her like he does, and she sets off on that journey by first trying to become a mage. Her adventures continue as she gains a friend and mentor, enrolls in Magus Ludus, Academy for the Arcane Arts, makes more friends and enemies, and works toward graduating and meeting an immortal. At the same time, a revolutionary war for the independence of her home country, as well as a brewing war to let the(monsters more powerful than the Numina be able to invade her planet in order to infect and destroy the entire universe.

Now, as stated in the title, the song vocals would need to be sung with an accent, made for the series and a few others set in the same fictional world. Longer ‘uu’, ‘z’ instead of ‘su’ or ‘th’. ‘ize’ instead of ‘ice’. Long ‘l’s. Hard ‘m’ and ‘n’. Drop ‘k’s at the end and replace with ‘hk’ if in middle of a sentence. ‘hkew’ instead of ‘to’, ‘dew’ instead of ‘do’ Replace ‘ho’ with ‘ow’ ‘Ort’ instead of ‘orth’. ‘aa’ instead of ‘ha’. ‘Taire’ instead of ‘ter’ if at the end. ‘Hair’ instead of ‘her’. No rolling ‘r’s. ‘Ahn’ instead of ‘an’. ‘a’ and ‘o’ would go down, ‘u’ even, ‘e’, and ‘i’ would go up. First syllable of a sentence always gets stressed, otherwise, the second syllable of a word is stressed. Below first is a link to the song itself, then a copy of just the vocal track’s notes, and finally the lyrics themselves. If anyone would like to hear samples of the accent, I can also provide samples created by the voice actress, who unfortunately cannot perform the singing role. 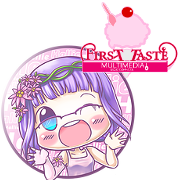 “Run, af-ter the sun
Chasing, never done
Days go by and still
Warmth will never fill
This chasm in my chest
Until I’m laid to rest
And I don’t have to feel…
Anymore~

Still, soft starlight
Breath in,
the cold night
Seasons we have shared
Dangers we have dared
Living without you
My heart would tear in two
So please stay,
don’t leave me
All alone~”

Kestrel Alras is a female android with emotions and a soul, though early on she wishes things were more logical, and that she didn’t have to feel negative emotions, especially sadness. In the case of this particular role, the theme song is her own thoughts, the first verse being after her father has died, when all she understood was loss and sadness. The second verse is after she had grown to have a cadre of friends, and as they fight in the two wars, she fears losing them, being alone again.

City or Location of call: nationwide
Please submit to: FTM.Micah@gmail.com by February 8th

This casting notice was posted by: First Taste Multimedia, LLC