Student film to shoot in Madison Wisconsin seeks main cast for this suspense thriller which will be filming this spring of 2016.

Looking for two males for a student project (a lengthy scene from a full feature). The genre is suspense/thriller, and the shooting will take place in the spring of 2016. Auditions are from 6-10 PM at Madison Media Institute on the east side of Madison. Email timostrander@gmail.com to set up an auditon.

Looking for two males to shoot a scene for a student project. The scene is from a full length feature, and the genre is suspense/genre

City or Location of call: Madison, Wisconsin
Please submit to: timostrander@gmail.com by 2016-01-15

This casting notice was posted by: Tim Ostrander 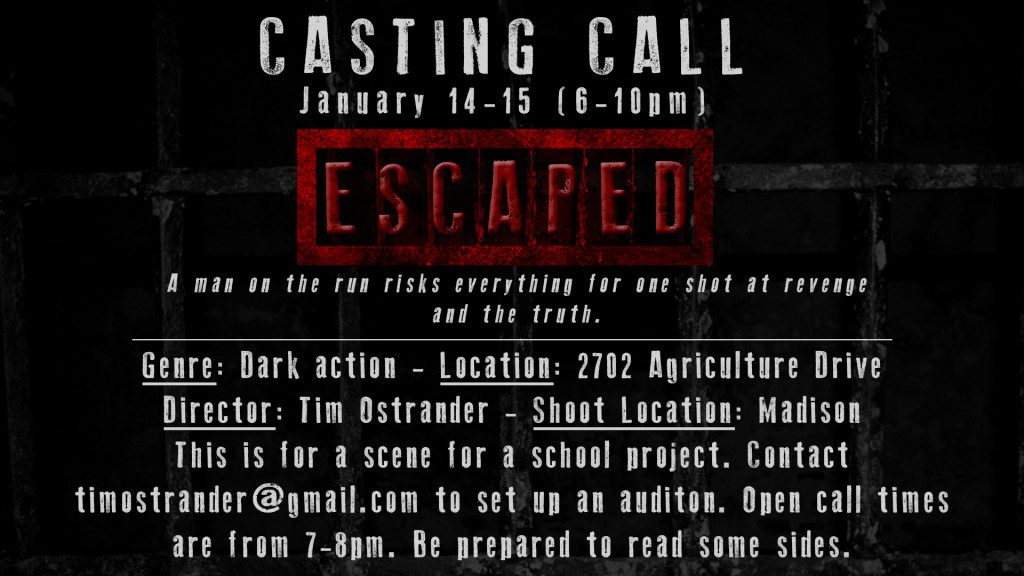