Online video auditions for kids and teens to star in new TV series.

Norman Lear’s “One Day at a Time” is coming to Netflix.

The hit 70s sitcom “One Day At A Time” is getting a reboot on Netflix. Sony Pictures and Netflix are bringing back the comedy and holding a talent search for 2 young actors to take on major roles in the show. The original “One Day at A Time” ran for 9 years between ’75 and ’84. Netflix has picked up the show for season one and has ordered up 13 episodes.

The Netflix series will be quite different than the original. In the netflix show, 3 generations of a Cuban American family will be living in one household.  Norman Lear is producing the Netflix version of “One Day at a Time”  which was created by Whitney Blake and Allan Manings Lear also produced the original decades back.   According to THR, the show will focus on a recently divorced former military mother, now newly single. The mother must adapt to her new life as a single woman now raising her 2 kids, a teen girl and tween boy.  Rita Moreno is set to play the grandmother who helps raise the kids and as in the original, the building’s super, Schneider, plays a big part in their lives. The original CBS show starred Bonnie Franklin as a divorced mother of 2 girls played by Mackenzie Phillips and Valerie Bertinelli.  Pat Harrington played the super, Schneider. 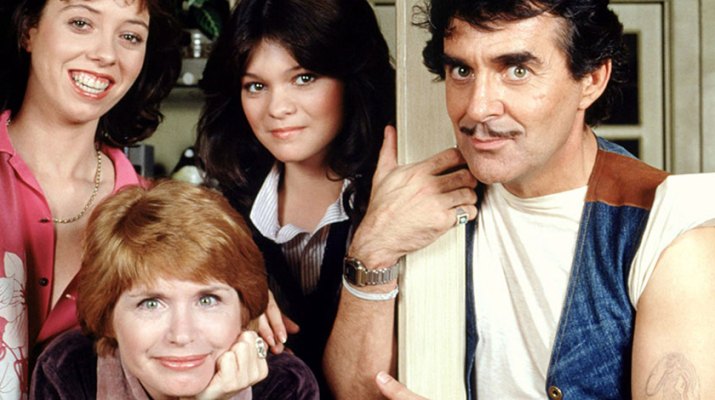 The new show features an all Latino main cast and is still in search of child  and teen actors to fill the roles of Cuban-American siblings, Alex and Elena,.

Online auditions for kids and teens

The following roles are up for grabs:

ELENA – NY
Penelope’s daughter, 14. A Cuban-American girl in the throes of becoming a woman. Opinionated, an idealist, a proud nerd, social justice warrior, often internet-wise but world-foolish. Strong personality and not afraid to speak her mind. Confounding to her more old school Abuelita Lydia.

ALEX – NY
Penelope’s son, 12. A too cute for his own good Cuban-American tween, more preppy than his sister, also more vain. Popular at school happy-go-lucky but cares much more about peer approval than his sister. The baby and not above working the “good kid” angle. MUST SPEAK SPANISH. 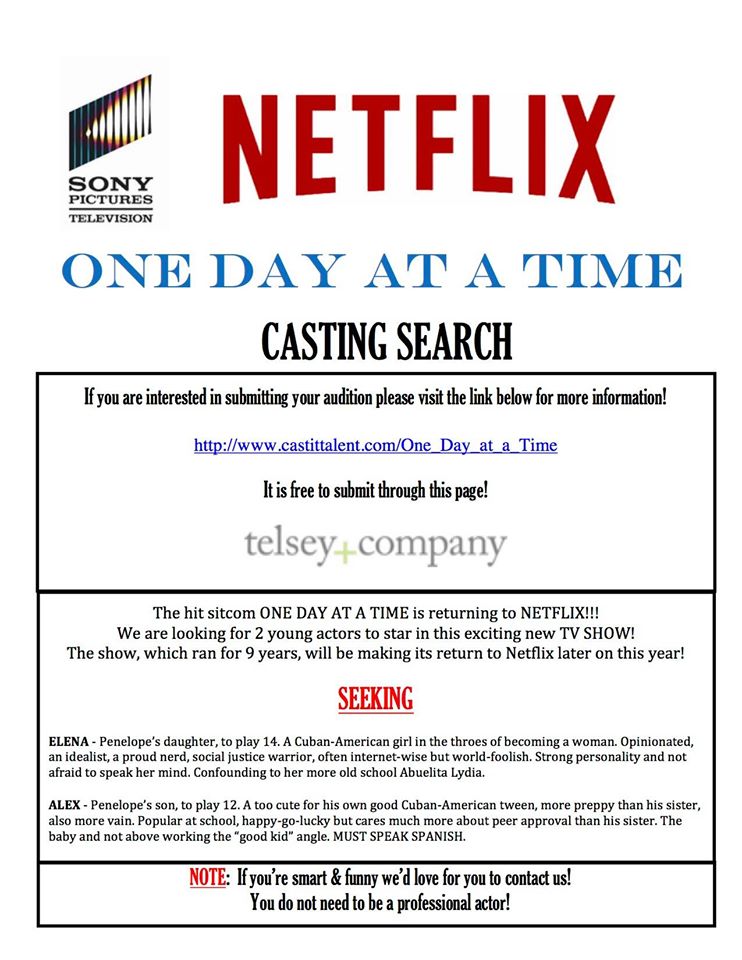 Casting directors are seeking 2 child / teen actors to play Elena and Alex. The kids will be playing the children to the lead actor and have prominent, speaking roles in the show.

The show is seeking smart, funny Latino teens / tweens around the NYC area.

The roles are being cast through the cast it talent online service and actors interested may see this page for information on how to create and submit their video auditions.