An open casting call has been announced for the upcoming FOX drama “Shots Fired” in Charlotte.

FOX’s “Shots Fired” has been filming season 1 in Charlotte and had recently seen a change up in it’s casting staff. MHC (Marinella Hume) have taken over as the extras casting directors for the show and have now scheduled an open casting call for folks who would like to work as paid TV show extras, featured extras, stand-ins and photo doubles. The casting team will be holding the open call on Wednesday, May 4th in Charlotte, North Carolina and are looking to get tons of locals to come out and tryout for a chance to get cast in a small, non-speaking role.  The casting director change during production has caused the casting team to do in a few days what they usually take weeks or months to do, build up a database of interested, local, talent.

The CD’s are calling out to the community for a bit of help in spreading the word. Folks that had previously applied to the show should now re-submit to the new casting directors, MHC. See the flyer attached below for the open casting call details.

Fox has ordered a new anthology TV series called “Shots Fired,” a TV drama that focuses on racial tensions in the US.  The Imagine / 20th Century Fox TV series is being described as an event series that will follow the format we have seen in other anthology series such as “American Crime” and  FX’s “American Horror Story.”  In those shows we have seen a new story being told with every season. The recurring cast takes on different characters with every new season and the stories feature different settings and locations.

The show is created by Gina Prince-Bythewood (“Beyond the Lights,” “The Secret Life of Bees”) and Reggie Rock Bythewood (“Beyond the Lights,” “Notorious”). Rock Bythewood is writing the story and Gina will be directing. Both are credited as executive producers on the project.  Recent reports state that he new show is set in a Tennessee town where a series of racially charged shootings creates outrage and distrust within the community.  The upcoming series will take on the heavy topics that have dominated recent headlines. . .  escalating racial tensions in the United States. The fear and mistrust seen in many urban neighborhoods have taken their toll, escalating to a string of highly publicized police shootings.   The show will highlight public outrage and heightened scrutiny towards police departments and their policies.  Sanaa Latham (“Love & Basketball”) will star as an investigator who is assigned the task of getting to the truth behind the events. She is joined by a special from the Department of Justice. The team will investigate the cases and try to manage the unrest and, at the same time, seek justice.

According to TV Line, Oscar winners Helen Hunt, Richard Dreyfuss and True Blood vet Stephen Moyer have joined the drama series and have been cast in lead roles. Hunt, Dreyfuss and Moyer will respectively play Patricia Eamons, the fictional governor of North Carolina; Arlen Cox, a real estate mogul and owner of a privatized prison who is intricately involved in the shootings; and Officer Breeland, a seasoned veteran in the town’s Sheriff’s Department who gets caught in the middle of the investigation. 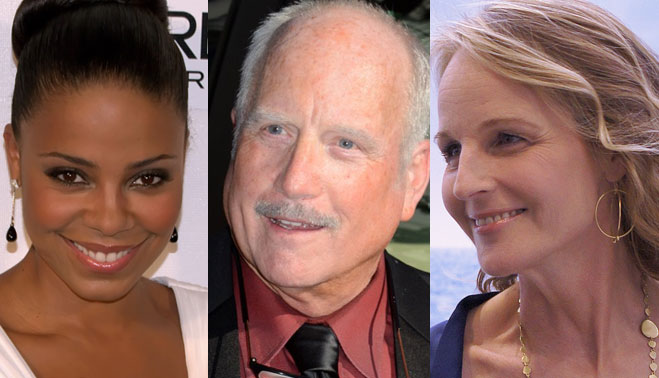 Please help us by SPREADING THE WORD and SHARING this flyer

We’d love everyone to come, even if you’ve worked on the show before or have made an account on our database!
We can’t wait to meet you all in person! 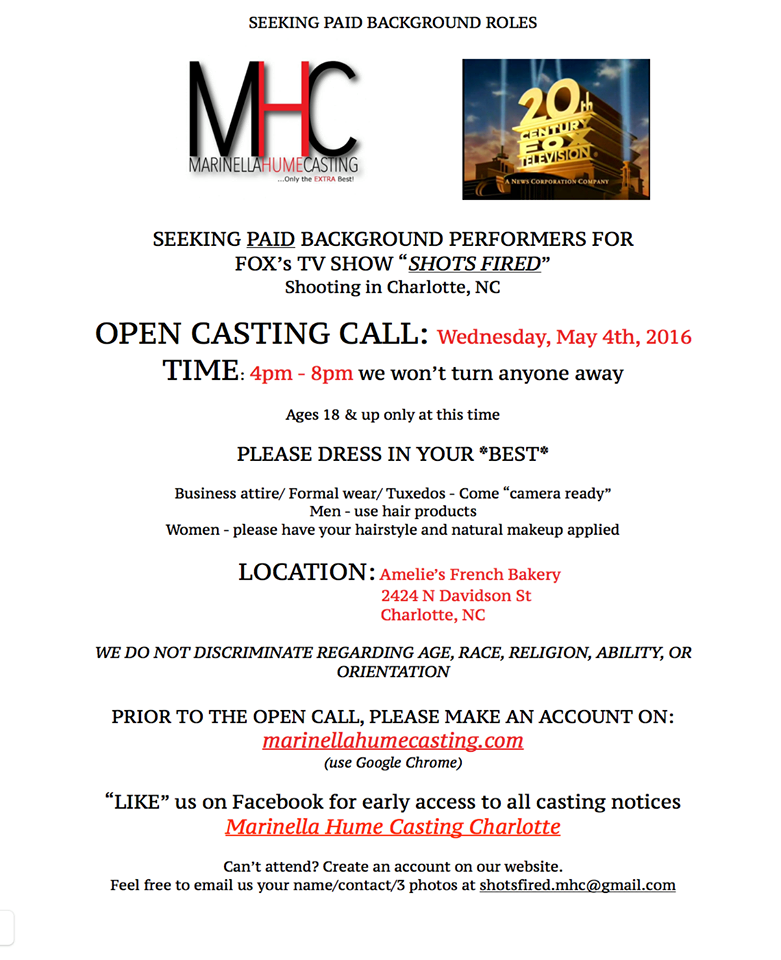