If you live in the Charlotte, North Carolina area and would like to do some work as a paid TV show extra, you’re in luck. A new show is in production in Charlotte and now casting talent to fill lots small roles. The show has an upcoming scene that will be needing lots of paid background actors to play protesters. This may be a 3 day shoot and extras hired would be working June 1st through the 3rd. These particular scenes will be filming around the Mooresville, NC area.

Fox has a new series coming up called “Shots Fired,” a drama that focuses on racial tensions in the US. The new show will will deal with the heavy subject of escalating racial tensions in the United States, police shootings and the incidents that created the “Black Lives Matter” movement. The show will highlight the outrage over recent incidents and heightened scrutiny towards police departments in many cities. According to TV Line, Oscar winners Helen Hunt, Richard Dreyfuss and True Blood vet Stephen Moyer have joined the drama series and have been cast in lead roles. Hunt, Dreyfuss and Moyer will respectively play Patricia Eamons, the fictional governor of North Carolina; Arlen Cox, a real estate mogul and owner of a privatized prison who is intricately involved in the shootings; and Officer Breeland, a seasoned veteran in the town’s Sheriff’s Department who gets caught in the middle of the investigation.

According to a recent story in Variety, the new show is set in a Tennessee town where a series of racially charged shootings creates outrage and distrust within the community.
Sanaa Latham (“Love & Basketball”) will star as an investigator who is assigned the task of getting to the truth behind the events. She is joined by a special from the Department of Justice. The team will investigate the cases and try to manage the unrest and, at the same time, seek justice. 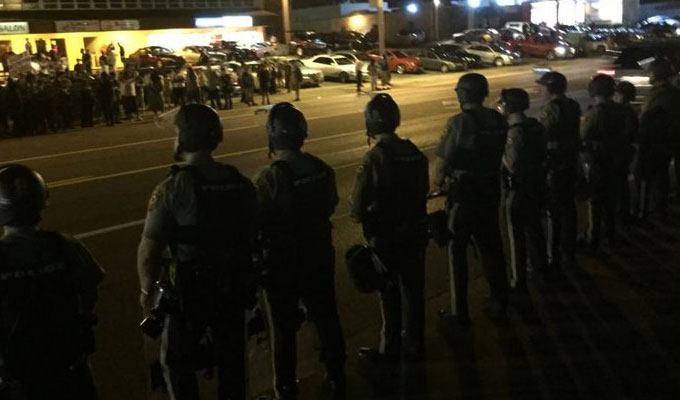 According to Fox entertainment president David Madden, this is a very important story to tell. He recently commented “This is not only an important story to tell, but also an explosive mystery-thriller, and we couldn’t be in better hands both with the creative team behind this, along with the very talented Sanaa Lathan leading the cast.”

There will be a lot of stunts and action happening.

Wednesday, June 1st – Friday, June 3rd
Day Shoots – NOT Overnights
Location: Mooresville, NC
Rate: TBD
You must have open availability. You must have reliable transportation.
BE PREPARED TO WORK 12+ HOURS

Looking for lots of Protesters – Must be at least 18
Males & Females all ethnicities 18-30s (40s to look younger ok)
Subject Line: YOUR AGE/GENDER/RACE/3DayRiot