NBC will be hosting 2 open casting calls to find up and coming, talented, actors by way of an open monologue competition.  NBC Universal has partnered with The American Black Film Festival to find the next fresh face for both TV and films.  NBC Universal is looking for strong  performers who can portray ethnically diverse characters including, but not limited to, Black decent.

The open call is actually a contest and since it is a contest there are prizes. The prizes include Round trip airfare to Miami, FL to attend the American Black Film Festival June 15-18 2017 as well as the hotel expenses for the event. Exclusive VIP passes to parties, networking events and screenings, Scholarship to participate in the Tasha Smith’s Acting Workshop, VIP access to the NBCUniversal Short Film Festival, a chance to meet NBC Universal executives and $1000 towards head shots or acting classes. 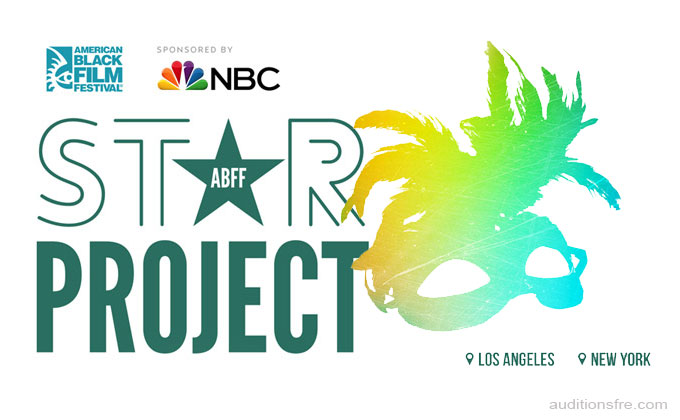 The open calls will be held March 20 to 21st 2017 in Los Angeles and March 29th to 30th in New York City. Please see below for all the details and information on what to prepare. Please note that this open call is for adults 18+ only.

Are you an aspiring actor ready to audition for execs and casting directors from NBC Entertainment?

Have you been waiting to set your acting career into motion? HERE’S YOUR CHANCE. In association with the American Black Film Festival, we’re back with the ABFF Star Project Open Call monologue competition!

For the first time, we’re embarking on a coast-to-coast live search in Los Angeles & New York to find the next fresh face of the big and small screen. 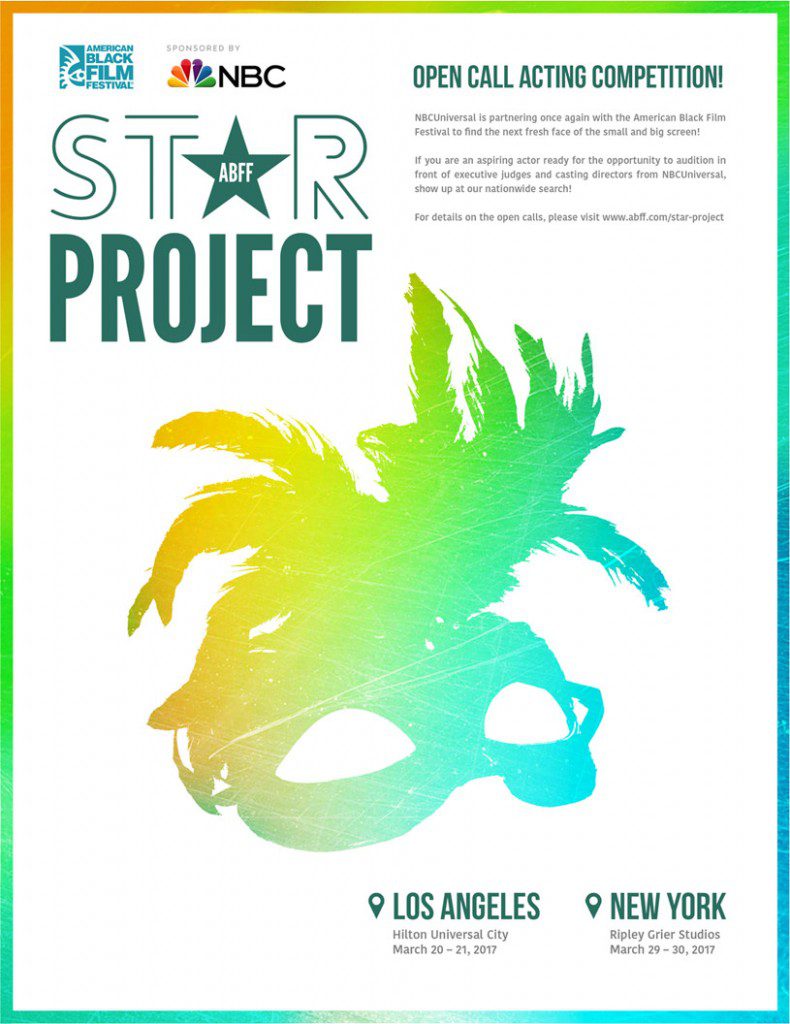 One winner will receive:

8am Registration Begins TIME SLOTS ARE LIMITED!!!
9am Auditions Begin

METRO REDLine to Universal Studios Stop, then uphill walk to Hotel
$15 Self Parking at Hotel
$20 City Walk General Parking, then FREE Shuttle to Hotel beginning at 9am

8am Registration Begins TIME SLOTS ARE LIMITED!
9am Auditions Begin

Role Description: Seeking and strongly encouraging performers who can portray ethnically diverse characters including, but not limited to, Black decent.

BRING: Current Headshot or Photo & Resume STAPLED BACK TO BACK.

PREPARE: Perform up to 2 Contemporary Monologues, each under 2 minutes in length, dramatic or contemporary in the tone of a film or TV audition- NOT a theatrical stage audition. Due to time limits, actors will begin by only performing 1 monologue.