NBC is holding open auditions for Stand up comedians.

Stand Up NBC is now hosting their annual Stand Up NBC casting call.  Auditions are open online and open calls are being held in San Francisco, Philadelphia and the Atlanta area.  NBC is searching for undiscovered comedic talent and stand-up comics nationwide and is also offering video auditions for those that are not able to make it to the open calls.

According to the NBC website, each year NBC selects 3-5 cities across the country and holds both auditions and live showcases of the top diverse talent from that area. At the end of the search, a handful of comedians are brought back to Los Angeles to showcase for key industry players at NBCUniversal and industry-wide. The winner of the showcase gets a talent holding deal with NBC. 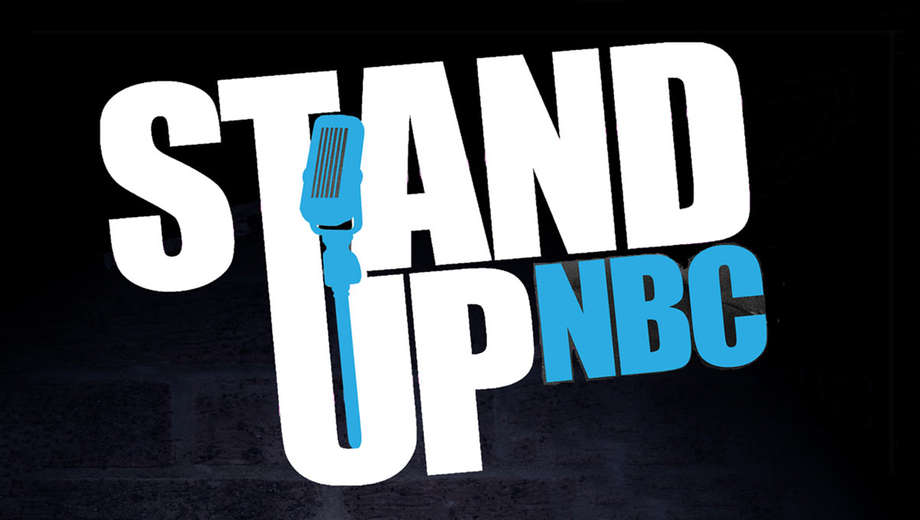 New in 2017 – two cities, Philadelphia and Atlanta, will be open to online video submissions. Comedians can log on and provide videos links (2 mins max) to recent performances.

100 comics will be invited to a closed audition the day before the Open Call.

In each of our four cities, we will hold an Open Call. Only the first 100 comics who arrive will be seen. Comics will have one minute to perform at the initial audition. A handful will be invited back to callbacks later that day to perform a longer 2-3 minute set. From these, the top comics are selected to perform in the regional semi-finalist showcase the next evening.

The regional showcase takes place the following evening after auditions. The chosen few are asked to perform approximately 7 minutes of material before a live audience. These semi-finalist shows will not air on NBC, but rather are an opportunity to be showcased for bookers, agents, casting directors, and television executives in consideration for future casting and development opportunities as well as the Los Angeles Finals.

Approximately 8 StandUp NBC Finalists will be flown to Los Angeles to perform in front of a live audience of agents, casting directors, and television executives. Winner(s) will be offered a Talent Holding Deal with NBCUniversal. 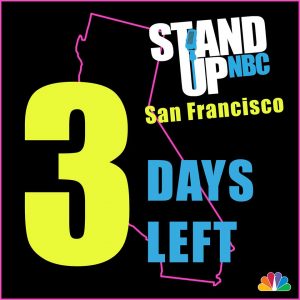 Online Submission opens June 1st-June 16th at 11:59PT. Submit here: http://bit.ly/2pE7kGl
Selected comics from the online submission will be notified the week of July 17th for a closed audition on August 11th.

Online Submission opens July 8th-July 23rd at 11:59PT. Submit here: http://bit.ly/2oQEWxU
Selected comics from the online submission will be notified the week of August 21st for a closed audition on September 22nd. Submission videos must be 2 mins max.

Finalist will perform to a live crowd. Here is a video of one of those comics chosen a few years back.

Comedian Alvin Irby performs at the Hollywood Improv in Los Angeles, CA on December 2, 2015. He was one of nine comedians selected to perform at the StandUp NBC Finale Showcase.