Casting directors Damian Bao & Kate Antognini are in the process of casting for lead and supporting roles in the upcoming feature film, “Goldie.” The movie focuses on a teen girl who ends up in a shelter with her sisters and begins to question the system which may end up splitting her family apart.

The movie’s casting team is now accepting online, video auditions for the roles listed below.  The deadline to get your online video auditions in is June 19th and all talent applying must be local to the NYC area where the indie movie will be filming beginning in July.

Speaking roles are OPEN to casting SAG Union actors and non Union actors, as well as real people with no acting experience for the film.  The movie is also casting for extras, featured extras, stand-ins and other small, non-speaking roles. 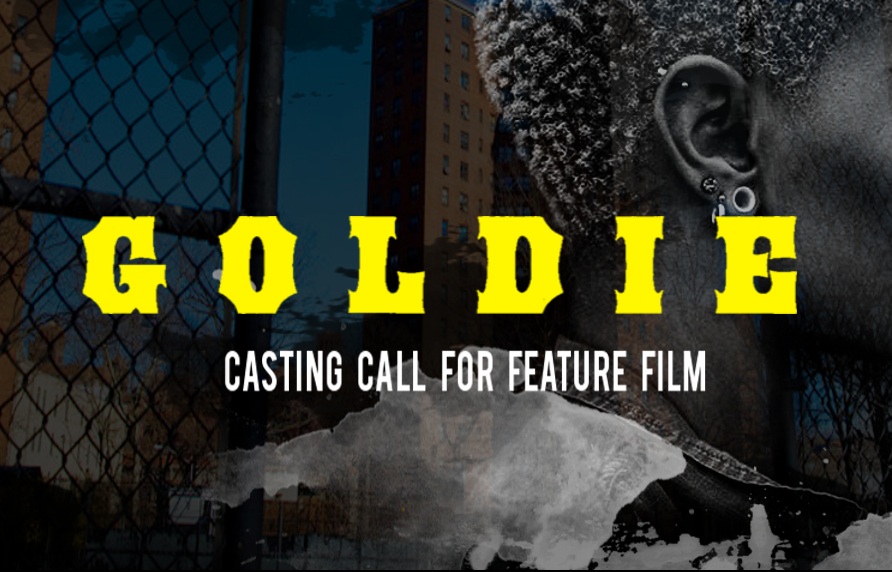 About the film: Goldie, a precocious teenager in a family shelter wages war against the system to keep her sisters together while she pursues her dreams of being a dancer. A story about displaced youth, ambition, and maintaining your spirit in the face of insurmountable obstacles. 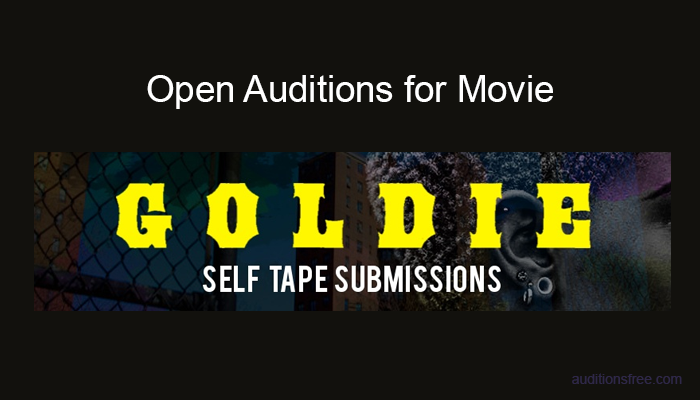 Elijah
18, Non-white Male. Goldie’s best friend. He is full of life and is a tender soul. We are open to all body types and looks for Elijah. (open to ages 16-25).

Supreme
12, Female, African American or multi-racial. Goldie’s sister and sidekick. Wants to be just like Big Sis. (open to ages 10-14)

Sherrie
8, Female. African American or multi-racial. Goldie’s baby sister. She is more lost in the shuffle. In the script, she suffers from asthma. The person that we select does not have to have asthma to play Sherrie. (open to ages 7-10) less…

Princess
18, Female. Goldie’s coworker at Target and nemesis. Princess is a stylish girl who often likes to wear high heels, even when at work. She thinks Goldie is a joke, and the feeling is mutual. Princess is girlish, superficial, and super sassy. She has a lot of attitude and does not play around! (open to ages 16-25)

Carol
35-40, Female, African American or multiracial. Goldie’s mother. Loves her children but mixed up in drugs and dysfunctional relationships. Hands full of kids and not enough resources to raise them, leans on her daughters to pick up the slack. (open to ages 35-50)

Trevor
28, Male or Female. Tall, tough, sleazy guy or girl whom Goldie tries to sell her mother’s drugs to. He/she and Goldie are sexually involved. (open to ages 25-55)

Jeff
50 Male/Female, African American or Latino. Goldie’s former teacher. Seems to be the only semi-responsible adult in Goldie’s life. Brings Goldie down to earth. (open to ages 40-65)

Mrs. Turner
70, Female. Elijah’s grandmother. Responsible and hospitable. Cooks and maintains a clean house. She worries for her grandson.

Fur Store Owner
60, Male or Female. Treats Goldie with contempt when she repeatedly asks to try on a coat she can’t afford. (open to ages 40-70)

To audition for the above roles please see this page.  The movie will also be casting many extras for the production. Actors who do not fit any of the above roles but would still like to be cast in small roles may also apply to be an extra on the project.  See this page for extras information on “Goldie.”

Please note that the above roles are only open to New York City talent as travel expenses are not being covered by the production.