Everyone in the world that knows about the invention of TV or cinema eventually loves acting, and likes to watch people act, whether on TV, Cinema, theatre or even Opera which used to be the biggest acting medium a few centuries ago.
Cinema is the only form of art that includes all the arts that exist today in one split second, with excellence to acting of course. It encompasses many of the arts including writing, theatrics, visual arts, music, fashion, cinematography ( the art of motion pictures) makeup artistry, dance, poetry, and much more.

There is no doubt that acting, is indeed the widest spread form of art. But there is one more reason more important than all of the above, even more important than cinema itself. We all act. 100% of the people that live on Earth acted one way or another, in many situations of their lives. Lying is acting, pretending is acting, when we played cops & robbers when we were young, that was acting. Acting has followed us all through life.  As kids, we played cowboys and Indians, tea sets, house, and other childhood games that allowed us to imagine ourselves as other characters.  As we grew older, acting was still a part of our lives whether it was telling the wife that she didn’t gain any weight and still looks amazing in that dress, telling the husband that you just had the best sex ever, telling your  4 year old son what a big boy he is, or telling your mother-in-law how very pleased you are that she popped in unexpectedly. Long story short we all act every single day of our lives and we are all good at it, or at least good enough to get our purpose across. 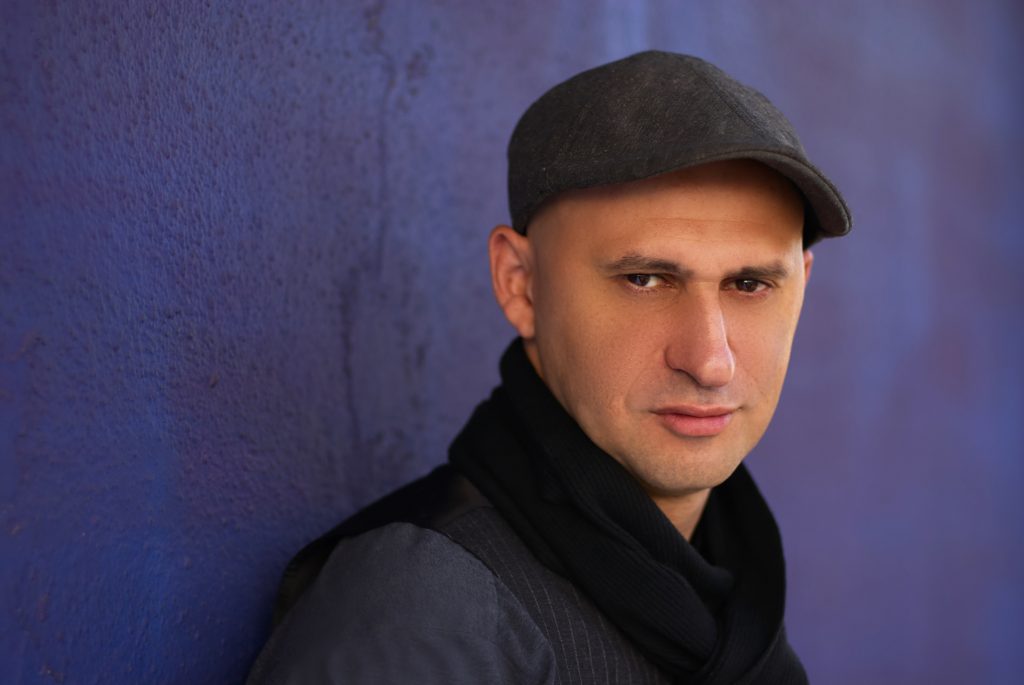 That doesn’t mean that all of us can make good professional actors, and here is why.
Acting – like any art – is a group of emotions expressed in a beautiful “artistic” way. Every emotion or experience that we have, our feelings – whether good or bad- is the artist’s inventory. The stronger the emotion, the stronger the memory.

The artist’s job now is to express these emotions in any work of art he can perform. So in other words, the more experiences one has, the more we were exposed to a bigger variety of situations, and so the bigger is our possibility of being a better artist.  It’s what I call the “Y” factor. But if there is a “ Y ” factor eventually there will be an “X” as well.

The 2nd part of the equation, the “ X “ factor is how to get this art to the surface, how to expose it to the light, how to hold the paintbrush, how to play the guitar chords, how to stand in front of the camera and pretend you are in love while in real life you are not,  how to be Gandhi or a very angry man shooting a gun. This is the dilemma of every artist, how to bring this actor inside, to the outside.

That is why people go to acting schools, read books, train hard in front of the mirror or with handycam on a tripod at home – like I do- or all of the above and more.

The X factor is not a gift from nature or a genetic heritage, its indeed an acquired process. No one is born knowing how to play the piano, you might have a better taste, you might learn to play the piano faster than others, yes, but you have to learn how to do it, one way or another. Then comes the” Y “ factor it is what will help you later on create your own tunes. Acting is the exact same thing. You can be talented, you can evolve through training faster and better than others who received the exact same training, if you are talented. Long story short, you have to learn how to act, using what you already have inside.  This is the “X” factor.

There are many different approaches and schools of acting.
All different schools of acting aim toward one major thing: how to keep your emotions at the surface, almost ready at all times. That is actually why you find actors usually sensitive or over sensitive or even crazy-like, simply because of that specific reason, that their profession became an inseparable part of them.

For me acting is the most selfless act that can possibly exist. Many times most of us-hopefully all of us – help others, forget our needs and put others needs first, that’s what we- metaphorically- call, a selfless act. lovely.
However, literally, acting is the only selfless act because – again – literally you forget yourself, or at least that’s what you have to do. You must completely forget who you are in order to be able to become the character you are playing. In a scene of a strong rage, the audience do not want to see your way to perform rage, we want to see the character’s rage, and of course it is going to be different than yours, otherwise you are playing yourself.

It is fun not being myself sometimes, whether on stage or in-front of the camera, I still enjoy becoming someone else – that is the character I am playing- even for a few minutes. Become his friend first, even have conversations with him whenever I have the chance so I can understand him, then I ask for his permission to become him.

As we spoke about what is the “X” factor, we will talk more in my next review about the different approaches that make an actor able to get this “X” factor. How to keep those emotions on the surface for whenever an actor might need them, and also how to invent new ones that were not there from the first place.

If  I was able to deliver a certain idea through this review, then you should have realized one important thing: a great talent  without training, you will probably get nowhere, on the other hand, you can become a professional actor if you train hard, even if you have a limited talent. Now if your talent is big “Y”, if you have that passion about acting, and you do the right foot work “X”, you will no doubt become the great actor you were always meant to be, its inevitable.

Al Reedy is a professional actor working in the Los Angeles area.  Al is a contributor to auditionsfree.com.