Disney casting directors are looking for 2 female, child singers / actresses to star in the “Frozen”  musical show.  The show is holding and invitational open call in the NYC area to fill 2 female, child roles that are able to play young versions of Elsa and Anna.

All ethnicities are welcome to apply and girls auditioning will need to have some singing ability.  Auditions will be held in the New York City area for Disney’s “Frozen” that is running on Broadway.

The Disney musical which will be performed on Broadway is holding auditions in the New York City area. Disney casting directors will be holding open Disney show auditions on the 12th for kids to play the roles of young Elsa and Anna. 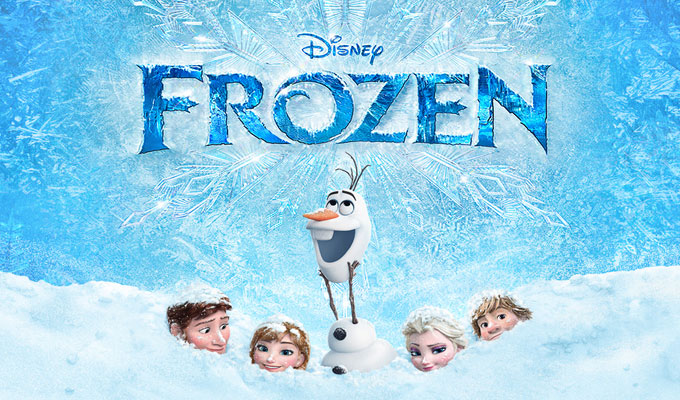 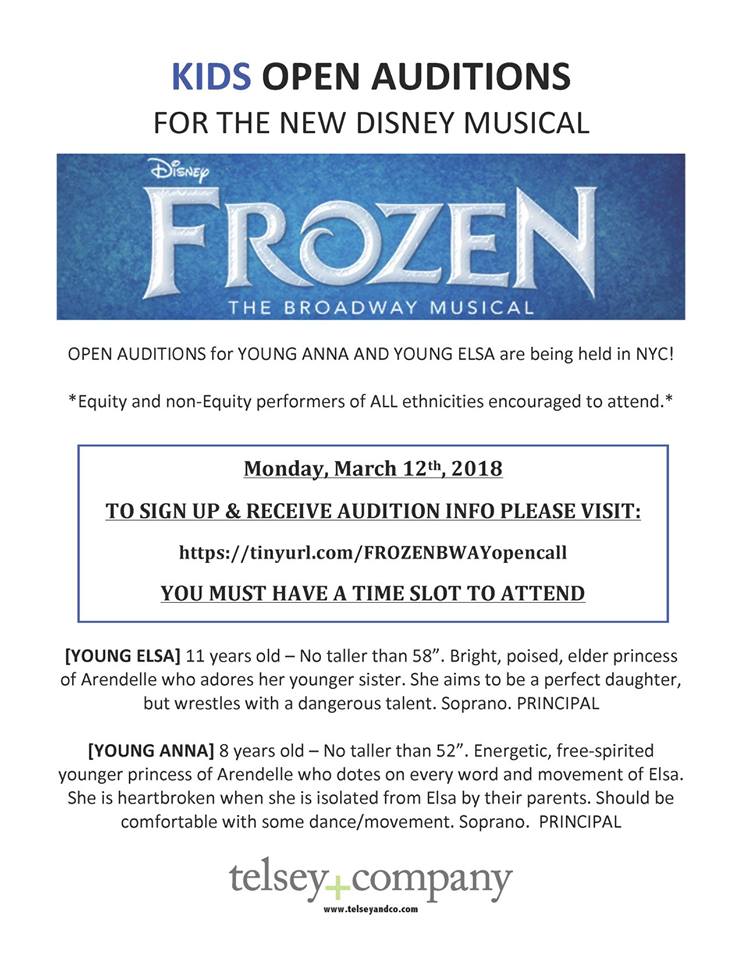 We are especially seeking performers for ALL ROLES listed below.

[ELSA] 11 years old and no taller than 58″.  Princess who becomes Queen; fearfully plagued by powers she hasn’t yet learned to control; lives a life of isolation separated from society and those she loves, including her sister. Vocal Range:  Soprano.

[ANNA] Age 8 and no taller than the height of 52″. Elsa’s younger sister; persistent, daring and highly optimistic; at times reacts impulsively; longs to reconnect with her sister Elsa; readily believes she’s found her one true love in Hans. Vocal Range: Soprano.