Do you want to be a part of MTV’s hit show?

MTV is looking to cast people for a tattoo show and are asking how much you would trust anyone to design a tattoo for you?  Would that person trust you back?

MTV’s casting team for the show is looking for outgoing and fun couples, friends and family members to participate in an MTV show that will be hosted by “Snooki”… AKA, Nicole Polizzi of Jersey Shore fame.  Snookie will be joining Nico Tortorella and the show will ask the question of whether 2 people truist each other enough to design each other’s tattoos.  That’s right, your partner in the show will be creating your tattoo design but have no fear…. A skilled tattoo artist will actually be performing the actual work.

Have a funny. crazy or controversial idea? This will be your shot at revealing a secret, a surprise, show your love, or do something else to make your mark.

The show is now casting young adults who are over 21 and look to be between the ages of 21 and 28. 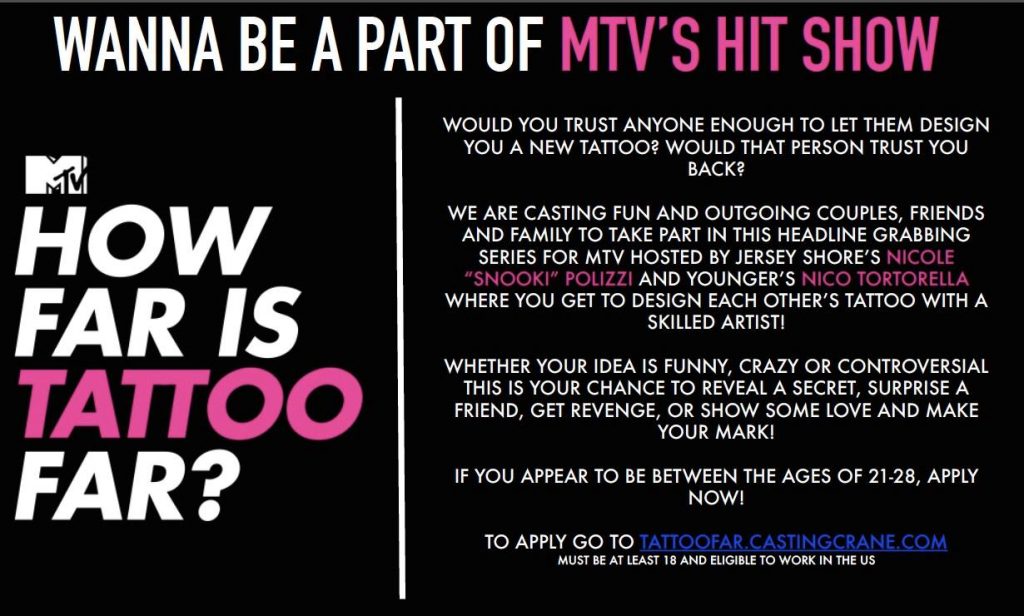