Cast Call for Marvel’s “The Gifted”

The second season of Marvel’s X-Men based TV show “The Gifted“ is now filming in the Atlanta area and there are casting calls out for folks to play mutants.

The X-Men spin-off series focuses on a family who find out that their children may in fact be mutants. The show follows the family as they try to elude the governmental powers that are threatening them and their mutant children. As the family attempts to protect their children from the agencies that are tracking them, they join a group of mutants who are also in hiding and on the run from the same forces that they are trying to elude as well.

The X-men inspired TV show comes from quite a few of the same people that were involved in the X-Men universe series of previous projects. Bryan Singer, Lauren Shuler Donner and Simon Kinberg are all credited with being executive producers of this X-Men inspired series and the show airs on the FOX Network. “The Gifted” is created by Matt Nix who is also named as the showrunner for the previous season. The pilot episode of the show was directed by Bryan Singer. Starring in “The Gifted” are Stephen Moyer, Amy Acker, Natalie Alyn Lind, Percy Hynes White, Sean Teale, Jamie Chung, Emma Dumont, Blair Redford, and Coby Bell.

Atlanta area extras casting directors are Central Casting and while they held an open casting call for the show some time back, they are still interested in getting more people on board for season 2. Atlanta area locals working as paid extras are able to go into the Central office daily to register for TV show extra work and the company released casting calls for some specific roles.

MUST BE REGISTERED WITH CENTRAL CASTING TO BE CONSIDERED

New Mutants: Looking for men & women who appear 20s-60s with unique & interesting looks. MUST be comfortable with prosthetics and SPFX makeup (no skin allergies or sensitivities whatsoever). Men MUST be clean shaven or willing to shave their face. Bald is also a plus! New Faces Only- Cannot have worked as a Mutant last season.

This will be a recurring role throughout the season (thru December) so we are looking for people who will be truly committed to this project! Filming locations will vary, you should have reliable transportation- must be able to work in College Park & greater Atlanta area.

Tentative film dates for Episode 1: Wed 5/30, Thurs 5/31, Mon 6/4 & Thurs 6/7. You must be available for ALL of these dates to be considered. DO NOT APPLY IF YOU HAVE ANY SCHEDULING CONFLICTS.

If you fit the above description & have a FLEXIBLE schedule, send an email to Heaven@CentralCasting.com with “SPECIALTY” in the subject line. Include your name, phone number, all sizes & current photos- 1 headshot, 1 full length. 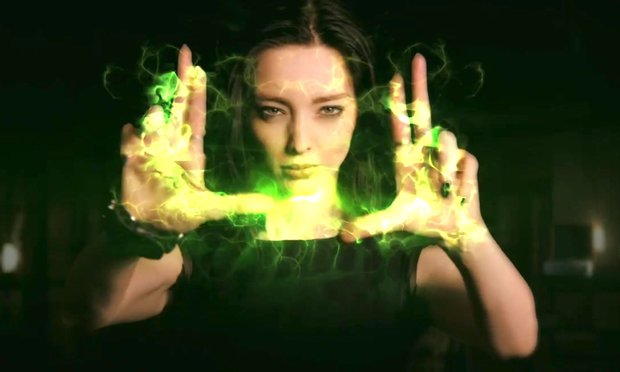 Be sure to also check out all the other TV show and movie extras roles available for current productions.