Note: the play will be Saturday, August 24, 2019 at the Dayton Convention Center. ALL REHEARSAL WILL BE IN CINCINNATI OHIO

Play Summary (Family Healing; an inspirational play about forgiveness): The Davis and Walker families are being torn apart on every side; sibling rivalry, adultery, gossip, property damage, unpaid loans and so much more. Consumed with anger, family members hang onto their grudges, dig their heels in and lace up their boxing gloves. The conflict escalates, and the big family reunion is on the verge of cancellation. However, the wisdom of an elderly aunt permeates the family and shows them that forgiveness can not only heal them but help them live God-centered and prosperous lives. While the overarching theme is inspiration, the audience will laugh throughout as extreme viewpoints result in some extreme behavior maybe reminiscent of their own families. 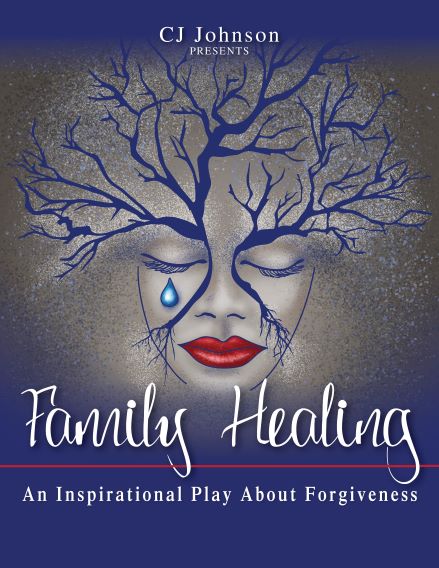 Character Descriptions:
CAST OF CHARACTERS (in order of appearance):

TYRONE DAVIS: late-30s, unemployed African American used car salesman. Tyrone’s single and a bit of a womanizer. He believes in God but going to church conflicts with his lifestyle of having women on booty call. Tyrone is William Davis’s younger brother.

FLOYD WALKER: mid-30s, quirky yet animated African American postal worker with small man’s syndrome. Floyd is single and considers himself a real lady’s man. He refers to himself in the third person to the dismay of everyone. He’s Lily Davis’s and Sidney Walker’s cousin.

WILLIAM DAVIS: early-40s, African American husband of Lily Davis, father and mechanic. William’s laid back but is rapidly becoming frustrated about the lack of respect and control he has at home. He’s a supportive father but sometimes feels like just another one of the children to his wife, Lily. His little brother, Tyrone, is a constant drag on his patience and wallet.

LILY DAVIS: early-40s, African American wife of William Davis, mother and CEO. Lily’s a Christian woman that’s well-groomed and confident. She has trouble relinquishing control over her surroundings and gets frustrated easily by her spouse’s laid-back tendencies. She has always believed in “turning the other cheek” but finds her true character when this philosophy is tested like never before.

CANDACE ROGERS: mid-30s, busty African American single mother. Candace is uneducated and has low self-esteem. She the ex-housekeeper for the Davis family and has been secretly attracted to William Davis for years. Candace is faithful to her church and her desires and not shy about hustling hard for what she wants out of life even if the hustle is a clear contradiction with the Word.

BUTCH BROWN: mid-40s, charming and wealthy, yet cunning male. Butch is William and Lily Davis’s neighbor. He’s infatuated with Lily and keeps one foot in the front door just in case there’s a crisis. His smooth talk generally masks his true motives, although his words don’t escape the attention of all.

City or Location of call: Cincinnati, Ohio
Please submit to: piperndavis@gmail.com by 2019-04-26

This casting notice was posted by: CJs Plays