Casting “Tyler,” a comedic short film about a very intelligent 9-year-old, who has a secret that he wants to share with his older brother in a very unexpected way.

Tyler is a short film written and directed by award-winning filmmaker Joel Junior. It will be soon pitched as a pilot.

Tyler is a 9-year-old boy with an IQ of 149 points. He is smart, and he knows it. He is the late son of previously divorced parents, who got married and unexpectedly had him. He has a half brother, Daniel (his father’s son), who is 26 and whom he gets along very well with. One day, while eating out with Daniel, Tyler tells Daniel he has a crush: another boy from school. That causes a reaction from Daniel that Tyler wasn’t expecting.

Parents and Talent must be aware that this is a 9 year-old character who is coming out as gay, and must be very comfortable with the film theme. We are looking for an actor who is adorable, funny, easy going, able to cry for different takes.

Pay: $80 per day.
Audition date: 02/03/2019, time will be schedule as talent is invited.
Shooting date: still under consideration, but it will happen in early April.

Attached is the poster of my Last short film. 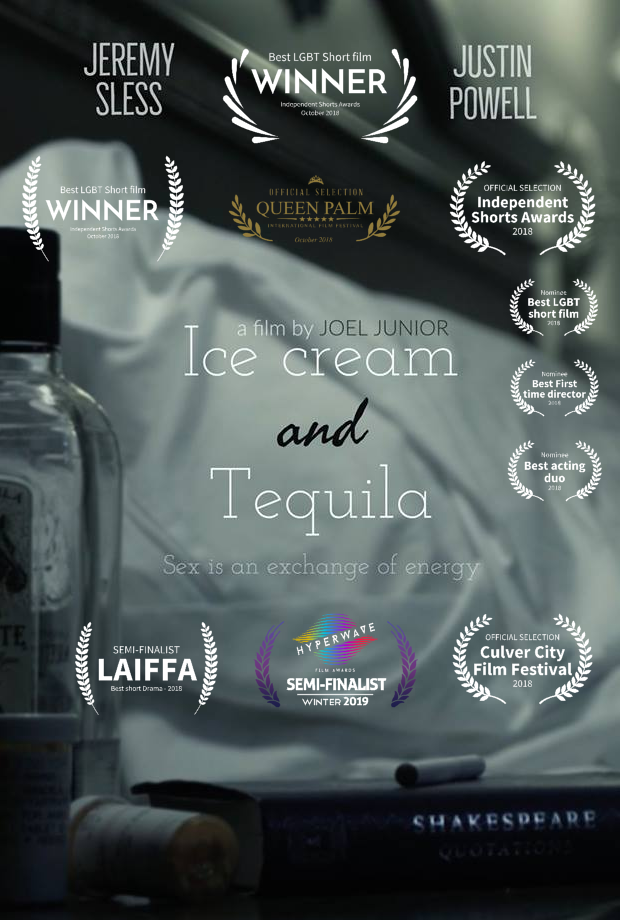