Looking for 3 Male Actors to be casted as 14-18 years olds in a student film with no dialogue. Auditions will be held on Saturday, June 1 at InFocus Film School. To book an audition please send a resume, head shot, and/or demo real to jzjacobi@gmail.com. Shoot date will be Thursday, June 13 in Burnaby, BC.

Synopsis:
Part Plant is the tale of a troubled boy named Jamie who deals with bodily changes while entering his teenage years. Although these aren’t any ordinary changes. He wakes up one morning with the abnormal condition of branches growing out of his head. This physical barrier takes him on an emotional rollercoaster of being bullied by his friends, going through dramatic extents of trying to get rid of his branches, as well as the daily struggles of having this condition.

JAMIE, 13-15 (Male)
Jamie, a shy and troubled young boy who desperately wants to be accepted by his peers. He is insecure and concerned about the way his friends perceive him due to the branches that grow out of his ears. He is always singled out and picked on by his peers and struggles to stand up for himself.

BRAD, 13-15 (Male)
Brad is one of two of Jamie’s only friends. He is a mischievous boy who enjoys picking on Jamie. His life revolves around fitting in.

CHAD, 13-15 (Male)
Chad is Jamie’s only other friend besides Brad. He’s the type to find happiness by putting others down. Chad always wants to be the centre of attention. (Very similar characteristics to Brad.)

City or Location of call: Vancouver, BC
Please submit to: jzjacobi@gmail.com by

This casting notice was posted by: Jacob Ziehr 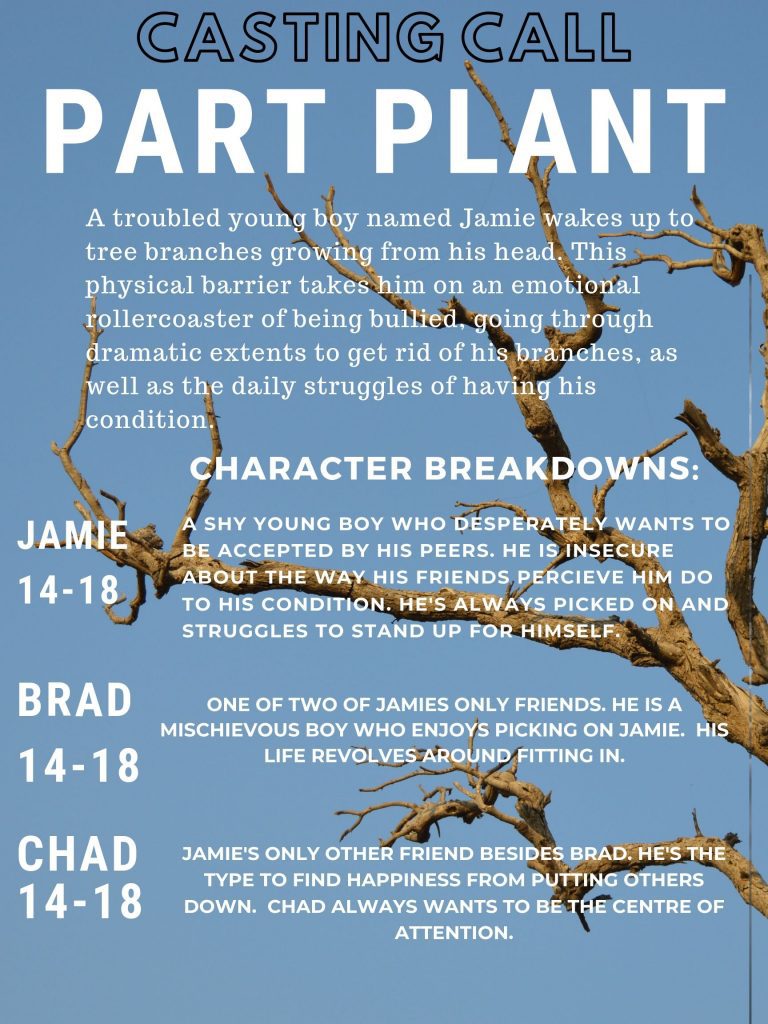