LOGLINE: Following a huge moral dilemma, Naila’s world goes into a downward spiral. Desperate to get her life back on track, she leans on her two best friends for support. However, they have their own problems.

Naila is everything good. That’s what people say about her. Always had a positive outlook on life and approached everything with enthusiasm. In friendships, she’s a ride or die. Whenever she’s needed she’s always there without hesitation. She’s what they call a reliable friend. Naila is someone who’s passionate about learning and working with her hands, she always wants the opportunity to experience other cultures and people. If she could she’d travel the whole world right now, she would. . She is most fulfilled when she’s discovering new things creatively. Someone like her who’s so eager to learn easily becomes a teacher. She has a natural gift of inspiring others. She’s wiser than most people think she is.

Naila is an empathetic, soft, gentle, free spirited soul. She is unselfish with her love. That’s why people gravitate towards her. She’ll continue to give you so much of herself until the point where it seems like there is nothing more to give, even when that person doesn’t deserve it. She’s a lover girl. Always has been. A lot of the times she’s referred to as the “mom” because she can’t help but nurture others. Of course, there is a clear separation between the role of lover and “mother” in her mind when it comes to romantic relationships.
She loves art. She was always seen as the artsy girl, you could see it in the way she dressed and did her makeup. She admired other people’s talents greatly and always advocates for people to express themselves. That’s the most important thing to her, freedom of expression. Naila loves art, ever since she was younger she loved paintings, drawings, sculptures etc. Her admiration for art has always been evident. It made a lot of sense that she herself found her freedom of expression through photography.
At times, she tends to get restless and careless when she feels trapped. One thing Naila has always strived for was real freedom. After growing up in a home where she couldn’t do anything without a parent’s permission she felt caged. For years, Naila was closed in and forced to be a caretaker for her step sister while her parents worked. Now that she has this freedom of living on her own she is always yearning for more as if the freedom will be taken from her at any moment. Naila is a spontaneous type of girl, she doesn’t go by planned instructions, she likes going with the flow. At times this can issue to those who are more thought out and planned, like her best friend Imani. Naila’s mind is always in 10 million places at once causing her to be very forgetful and sometimes considered irresponsible. However, it is hard to stay angry at someone as cheerful and upbeat, as she is and she knows that.
Naila does have a fiery side if you come at her, prepare for her to come right back. When under attack, she is quick and snarky but it’s often a wickedly funny one that may leave her intended target both stinging and laughing at the same time. She is legendary for blurting out what’s on her mind at random times.
Like anyone else, she has her flaws. It takes time for Naila to trust people, she has really bad trust issues. It’s something that’s affecting her more than she realizes. She doesn’t handle guilt very well. As emotional as she already is, guilt in any form is something that causes Naila to shut down and retreat into her little bubble where she’ll self-pity and cry. Naila becomes so ashamed that she’d rather avoid direct confrontations almost as a rule. When in the wrong Naila struggles to deal with it because she’s lived her life trying so hard to be the best friend, daughter, girlfriend, she can be and the idea of not meeting that standard is unruly.

City or Location of call: Toronto Ontario
Please submit to: queenmelproductions@gmail.com by 2020-08-30
please submit a cover letter, headshot, your IG handle and your demo reel if you have one. New actors are welcome

This casting notice was posted by: QUEEN MEL PRODUCTIONZ INC. 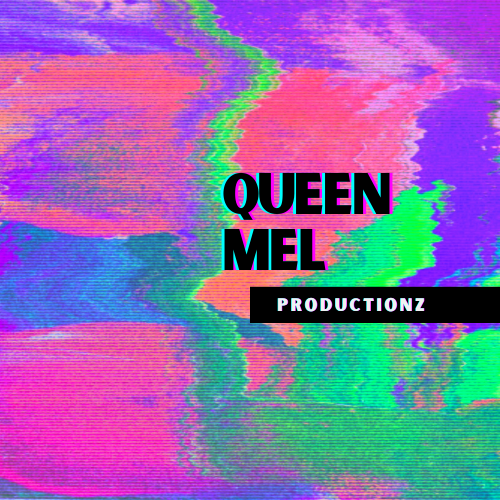