Do you love music?

Are you great at identifying different songs? If so, a music show is holding a nationwide, online, casting call.

Casting directors for the music game show are now taking online auditions from folks that would love to be cast.  Those interested in getting on the game show, may check out the casting notice below for the information on how to be considered to be a contestant.

NOW CASTING FOR AN ICONIC MUSIC GAME SHOW.
Do you know music? Can you identify songs for a chance at some BIG MONEY?
Submit now for a chance to be a contestant on a beloved music game show on a major network!
musicshow.castingcrane.com

The show is currently only looking for US citizens, who are at least 18 years of age. There are requirements which you may read on the casting page which include being vaccinated and having a valid US passport. 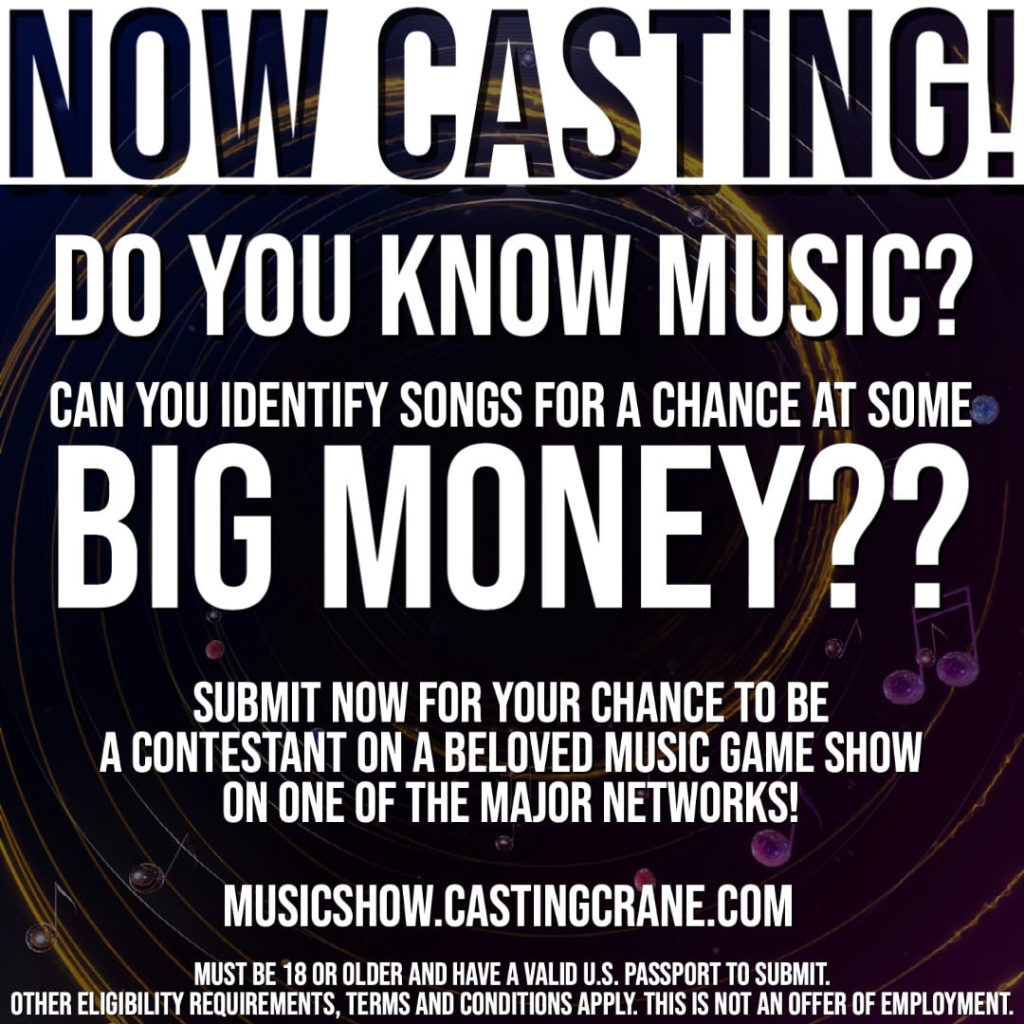