Are you an aspiring woman director that may be ready to direct a studio feature film?

Creator and star of Insecure, Issa Rae, has teamed up with Alfred Street Industries and Miramax to bring Project Greenlight to HBOMax.

Are you an aspiring woman director who is ready to direct a studio feature film?

Would you like the chance to be mentored by top Hollywood directors, actors and producers?

Do you want to share your vision, artistry and perspective as a director with the world in a big way?

If you think you’ve got what it takes, apply here! – https://projectgreenlight.castingcrane.com/

Interested candidates must be 18 or older, allowed to legally live and work in the US, and must not have previously directed a studio film with a budget in excess of $1M. Full eligibility requirements can be found on the casting application site.

HBOMax and Executive Producer, Issa Rae, are teaming up to find talented, aspiring and undiscovered women directors for the revival of the popular show Project Greenlight! One chosen director will have the opportunity to be mentored by Issa and other Hollywood A-listers as they make a studio film, from pre-production to post. The entire journey will be documented in a new series on HBOMax and the feature film is intended to be released in 2023! 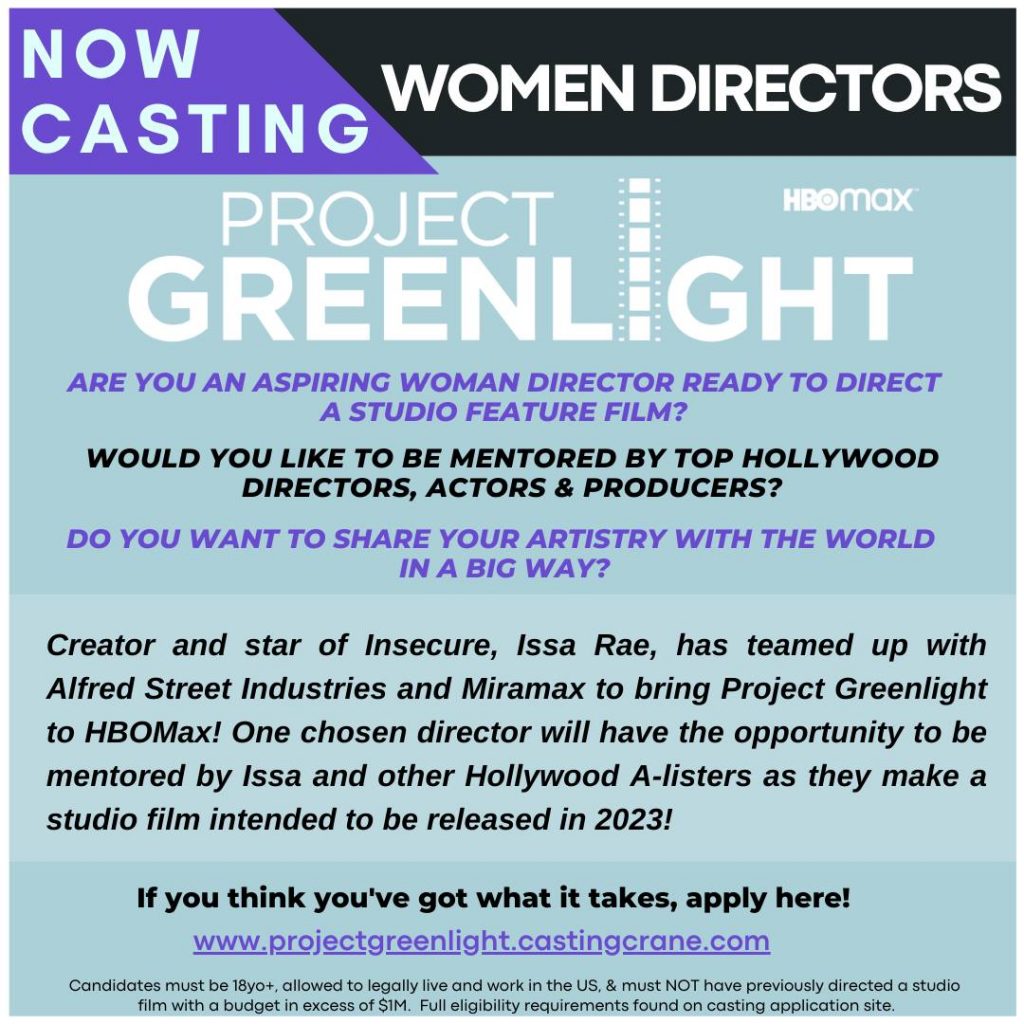