Are you a superfan of the super power women in the Marvel Universe in their movie franchises?

If so, Marvel Studios is now casting the ultimate fans nationwide for an upcoming project.

Marvel Studios is announcing a new documentary series that will be focused on honoring the super women in the Marvel Cinematic Universe.

From Black Widow, to Gamora, Okoye to Captain Marvel.  They will be taking fans on a nostalgic and powerful journey to celebrate what these characters represent while revealing how they have forever changed the world.

If you are a super fan of the super power women in Marvel, know everything about their characters and universe, and would love a chance to participate in a once in a lifetime TV show… check out the casting notice below to apply to be on the show.

Marvel Studios is looking for super fans of Marvel’s Super Power Women! If you are a Marvel super fan and would love the chance to participate in this once-in-a-lifetime television opportunity, apply now at www.superfancasting.com! 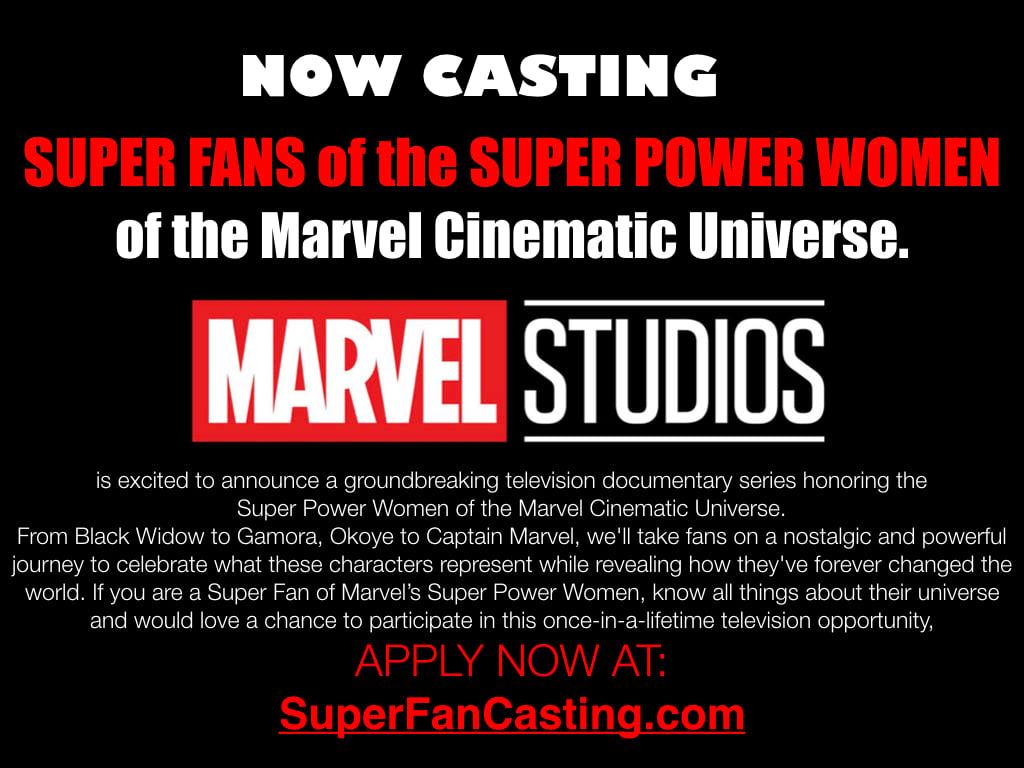