MJ is an upcoming musical with music and lyrics by Michael Jackson and is based on a book written by Lynn Nottage. The production was set to premiere last year but the schedule was changed due to the Covid outbreak. The production is set to open at the Neil Simon Theatre on February 1, 2022, with previews beginning December 6, 2021. Myles Frost will be playing the older Michael but there is currently an online casting call out for a young theatrical performer to play young michael.

Send an email to audition@mjthemusical.com for audition information.

Please see the casting flyer below for more information. 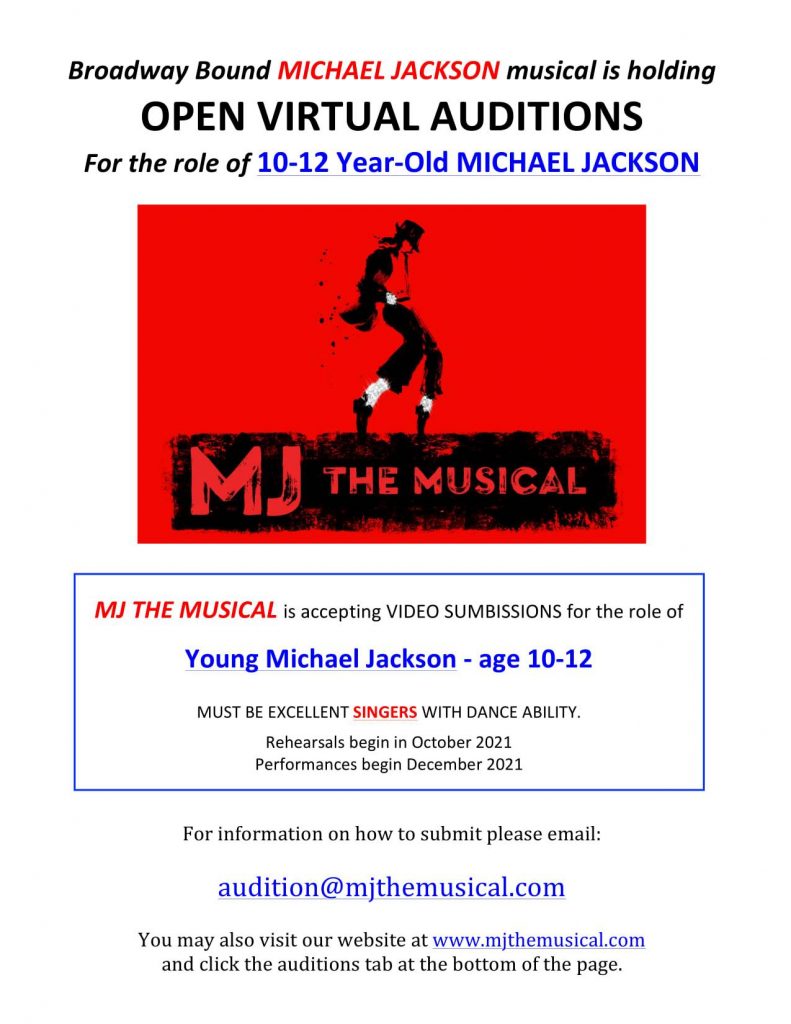