Rival colleges go head to head for a chance at a whopping 1 million bucks in college scholarships.

“College Bowl” is coming back to TV for another season of the college themed game show. The show premiered in 2021 and features 2 teams of 3 students who get to answer questions in a battle for college scholarship cash and the bragging rights that go with it. The colleges face off in a bracket-style match-ups in rounds. The quiz show also throws in things like category toss-ups and speed rounds.

“College Bowl” has seen four different versions of the college challenge over the decades.  The show fist hit the air back to 1959.  Dick Cavett also hosted the show for the the Disney Channel version in 1988.

The deadline to get on College Bowl is just a few days away on May 6th.  Please note that you must be a college student, over the age of 18 in order to be considered to be on the show.

NBC is bringing back College Bowl for a second season. Hosts Peyton Manning and Cooper Manning will return for the sophomore season along with a new showrunner. Harry Friedman, who spent 25 years exec producing Wheel of Fortune and Jeopardy!, will oversee the show as showrunner and exec producer. – via Google.

Application Deadline is MAY 6, 2022 – Please see the casting notice on this page for the details on how to apply for “College Bowl.” 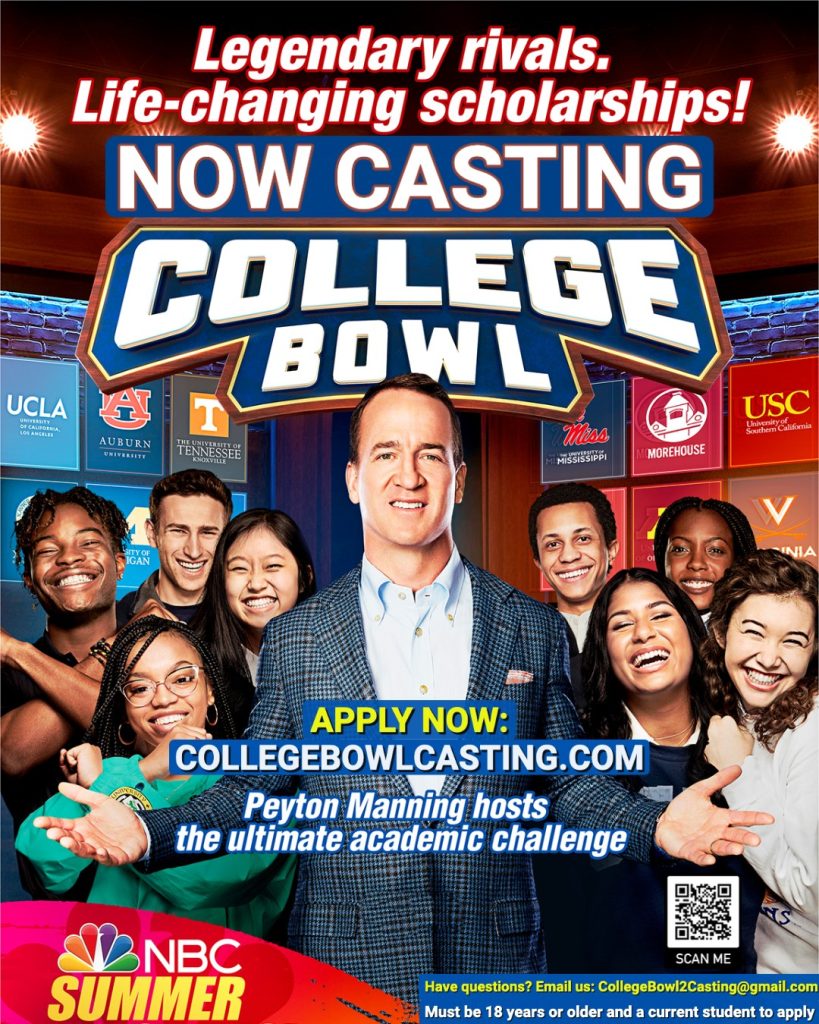 Check out the trailer for the game show: