Want to get on “Ex on the Beach?” Here is your chance.

The popular MTV reality show is prepping to produce another season and this time, they are looking for couples in committed relationships, anywhere in the world.

The reality competition normally brings together a cast of singles and some stars and puts them on an exotic tropical beach.  The twist comes when their ex also appears on the beach to get added into the reality drama mix.  This new season of “Ex On The Beach” is raising the drama even higher by introducing couples as well as an ex that may be getting in the way of their relationship.

Casting for a new twist to the hit series MTV Ex On The Beach. We are looking for committed COUPLES who may have an ex or two causing waves in their relationship. If this sounds like you or anyone you know, you can apply at the link on the flyer lower down on this page.
The show is casting couples internationally who reside in the United States, the UK or Australia. Please note that you must be at least 21 years of age and in a committed relationship, in order to be considered.

About the show:
Ten romantically embattled reality stars appear alongside everyday singles who show up for what they think is a run-of-the-mill love and dating show in paradise, only to be completely blindsided by their exes, with whom they come face-to-face. 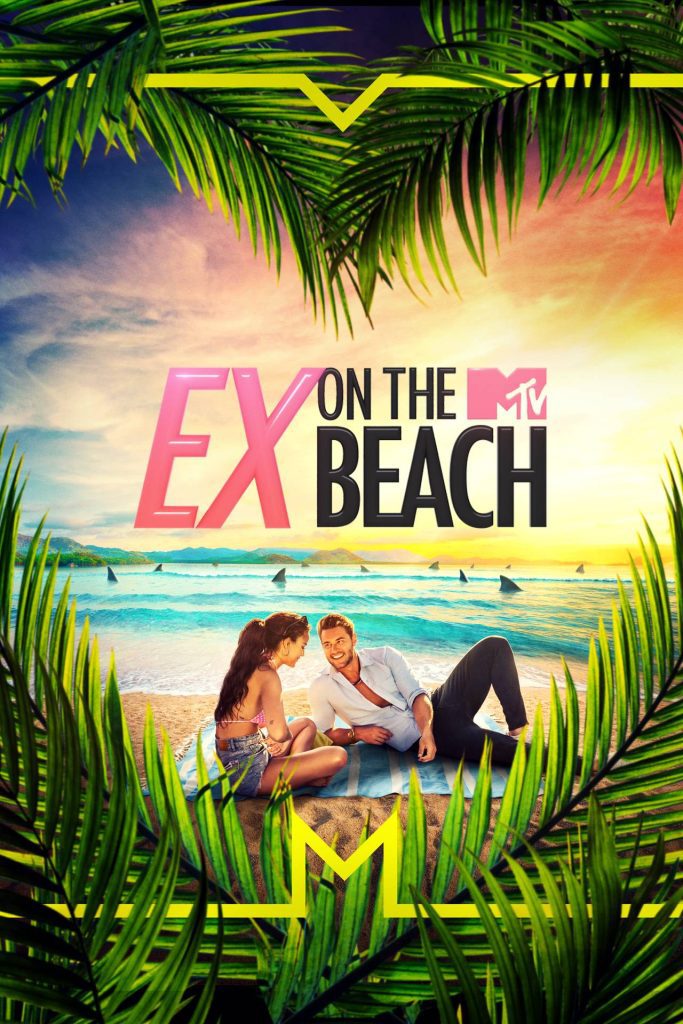 FOR THE FIRST TIME EVER, MTV’S HIT SERIES EX ON THE BEACH IS LOOKING FOR COUPLES!
NOW CASTING COUPLES WHO ARE IN A COMMITTED RELATIONSHIP.
IS AN EX GETTING IN THE WAY OF YOUR RELATIONSHIP?

IF SO, PLEASE APPLY TO:
https://hipaa.jotform.com/MTVcasting/EOTBGlobal

MUST BE 21 YEARS OR OLDER 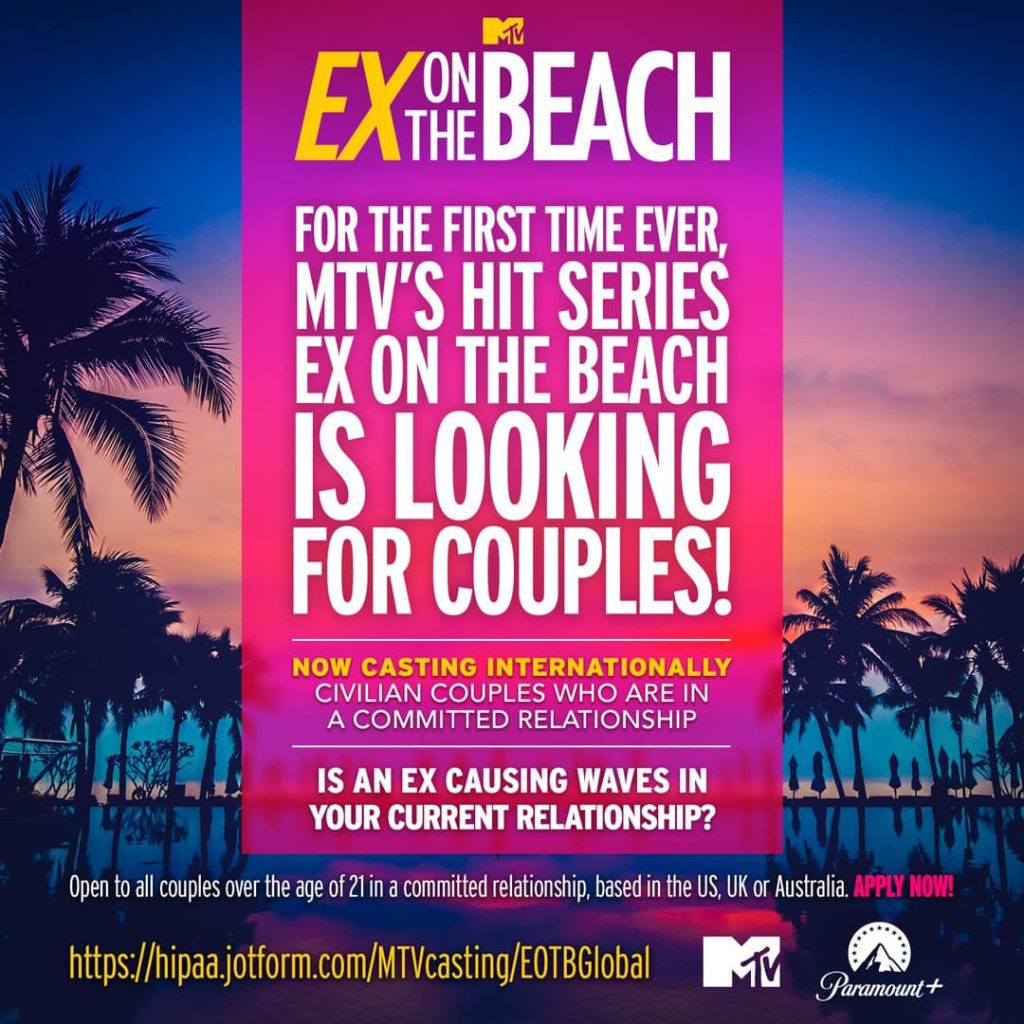 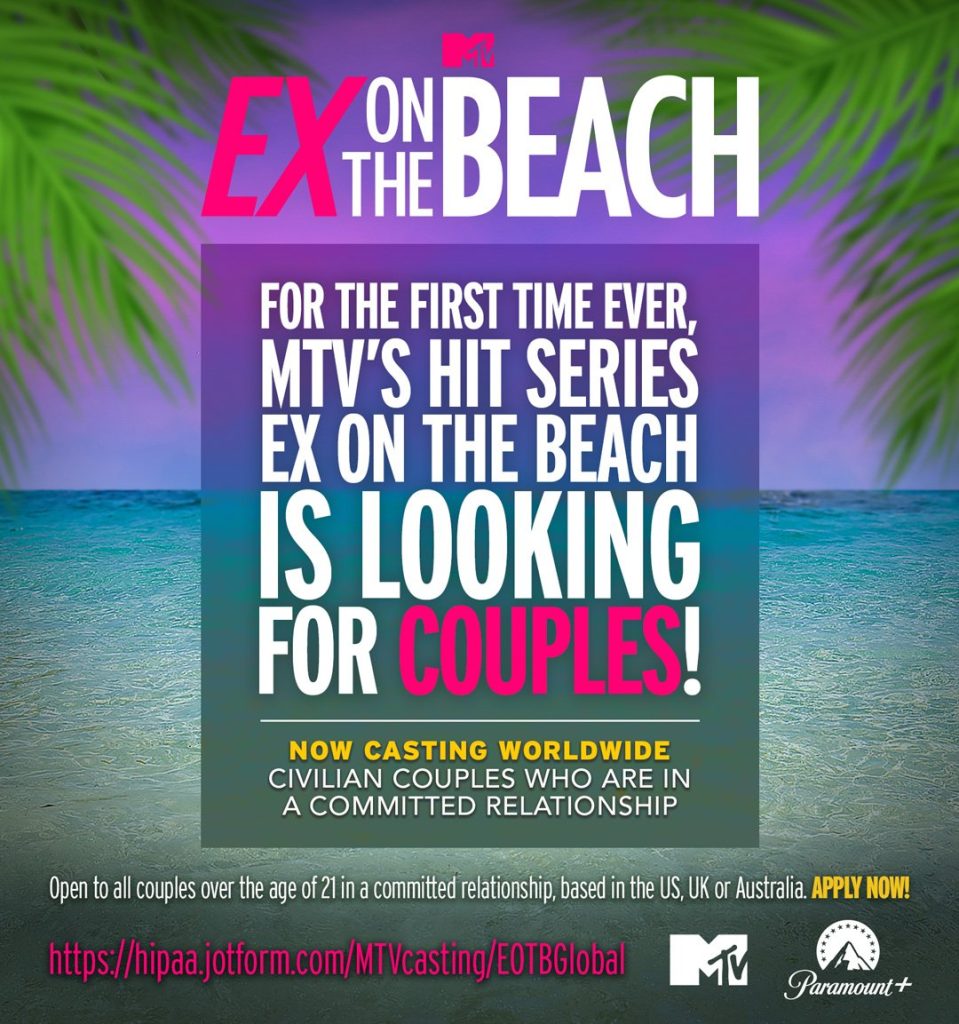