Do you have a way with words?

If you love word games and have a team mate read on because Lingo is holding a casting call for teams of two who can have one of various types of relationships. Couples, siblings, co-workers, BFFs, neighbors and parent/child teams are all welcome to apply to be on the show.

Lingo is coming back and looking for contestants.

The classic game show is getting ready to film new episodes and that means that the casting directors for the game show are searching for contestants.
The Wordle type show has been picked up by CBS and supposedly the game show will have a primetime slot in the coming television season. RuPaul will host as well as executive produce the show.

The show will feature teams of two who will be trying to solve word puzzles in which the teams try to guess the words, which are laid out on a grid, while only being given the first letters of the words. There is a similar game app called Wordle so anyone who has ever played Wordle should be right at home on the televised version of the game. Unlike the online game in which you win pride for getting it right, the CBS game show will be offering cash and prizes.

CBS and its casting directors are accepting submissions nationwide.  Teams of 2 will face off in the word challenge. Please note that all team members must be at least 18 years of age in order to be considered.

WE ARE LOOKING FOR TEAMS OF TWO (SPOUSES, SIBLINGS, NEIGHBORS, CO-WORKERS, ETC.) THAT HAVE A WAY WITH WORDS!
IF YOU’RE A PRO WITH WORDPLAY, THEN GRAB YOUR TEAMMATE AND EMAIL ME AT [DARIAN.BEDFORD@BRIGHTROADPRODS.COM] TO BE CONSIDERED! 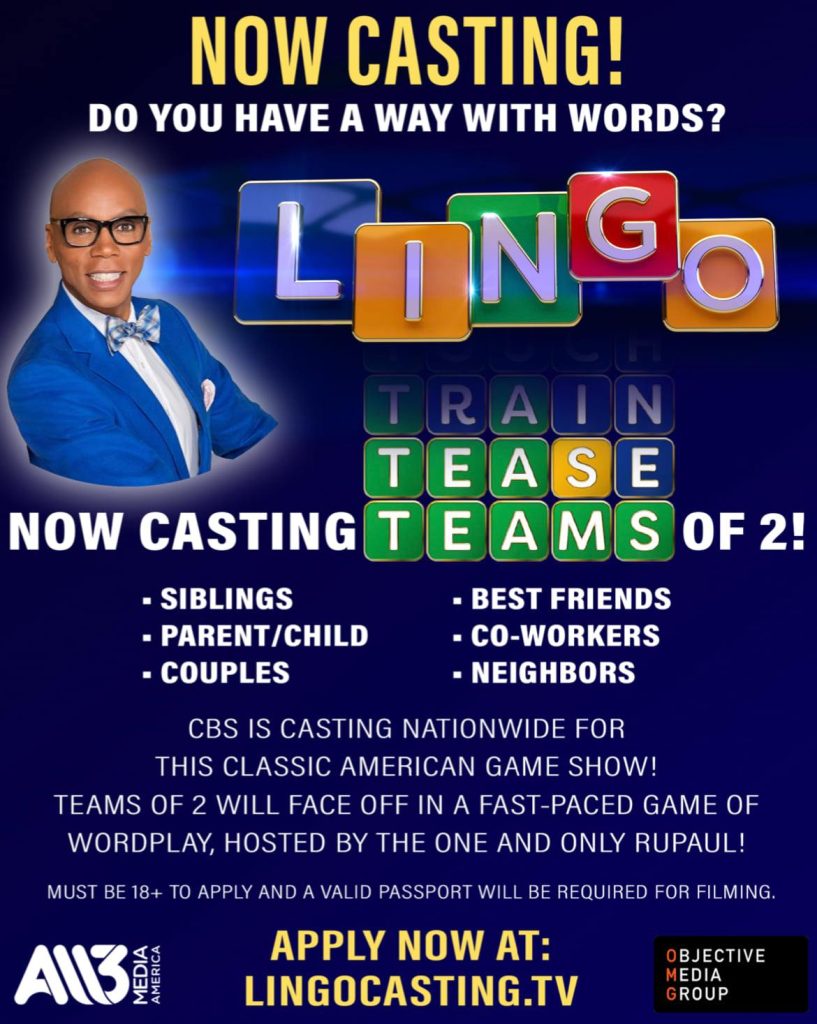