The classic game show “Press Your Luck” is now casting.

The show is casting contestants who are outgoing and very knowledgeable who would love to Press Their Luck for the chance to win lots of money.

Press Your Luck is the game show where players are able to take some big risks in order to win big bucks and…. press their luck.  Can you handle big bucks and the obstacle of big whammies?

The show originally aired on CBS from 1983 to 1986. This year it was revived by ABC and premiered in the summer of this year.

The weekly game show came out on ABC for the summer season. During the game, contestants racked up their spins by correctly answering trivia type questions. Correct answers were rewarded with spins that would later be used get spaces on a game board to win cash and prizes. The contestant on the ABC version who amassed the highest total in cash and prizes kept their winnings for the day and played a bonus round for as much as $1 million. The new version of Press Your Luck is hosted by Elizabeth Banks with Neil Ross acting as the announcer. The show is taped in what is called “Bob Barker Studio” in Los Angeles.

Currently Casting for Press Your Luck on ABC with Elizabeth Banks! Looking for true fans of the show and trivia in SoCal and surrounding areas.

No game shows or shows in past year. 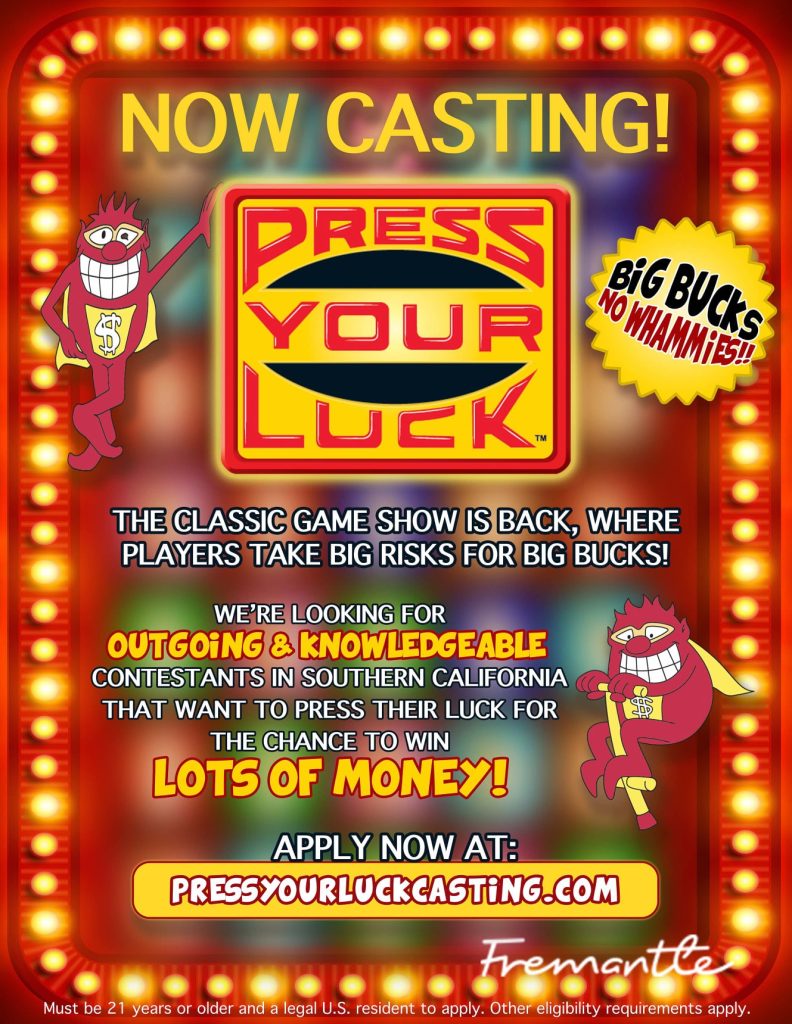