Do you know the lyrics to all the hit songs?

DON’T FORGET THE LYRICS will be coming back to TV screens and the show and its casting directors are currently casting people nationwide who would like to compete on the show. Do you know the lyrics to lots of songs? Would you like to compete on a musical game show where you may get a chance to win 1 million? If so, read on.

NOW CASTING!
DON’T FORGET THE LYRICS IS BACK FOR SEASON 2 AND CASTING NATIONWIDE! WE ARE LOOKING FOR DYNAMIC CONTESTANTS WHO KNOW THE LYRICS TO THE BIGGEST HIT SONGS OF ALL TIME! 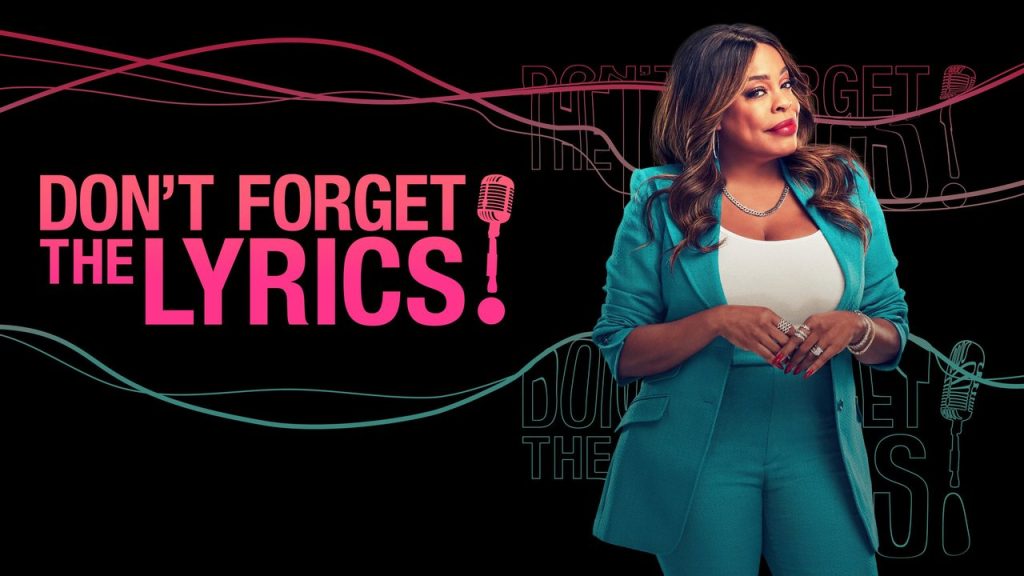 About the show – Everyone thinks they know the words to the most popular songs of all time, but when there’s a million dollars at stake, will contestants be able to keep singing when the music stops? Or will they be at a loss for words? Emmy Award nominee Niecy Nash hosts the all-new revival of the popular game show DON’T FORGET THE LYRICS! The game show challenges contestants’ musical memory, as they get one song closer to winning $1 million if they DON’T FORGET THE LYRICS! Contestants will choose songs from different genres, decades and musical artists. Then they’ll take center stage to sing alongside the studio band as the lyrics are projected on screen – but when the music stops and the words disappear, will the contestants belt out the correct missing lyrics, or freeze under pressure? If they sing nine songs correctly, they are presented with a No. 1 hit and will attempt to sing the final missing lyrics for the top prize of $1 million. It’s that simple: 10 songs, some missing lyrics, $1 million.

APPLY TODAY FOR THE CHANCE TO WIN UP TO $1,000,000!
IF YOU’RE INTERESTED, CONTACT ME DIRECTLY AT [DARIANCASTING@GMAIL.COM] TO BE CONSIDERED! 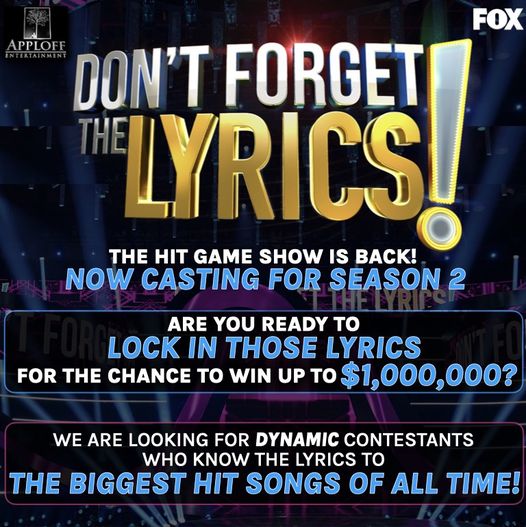