Would you love a chance to tryout for the long running reality singing competition American Idol?  If so, read on to find out how.

American Idol is coming back for another season and here is your chance to take your shot at getting on the show. Online / video auditions for the 2023 season are on.

While the days of huge open casting calls in giant stadiums may be behind us these days, the tryouts for American Idol are still going. Auditions for American Idol have gone the route that just about everything else has, online and virtual. ABC is looking for performers who would love to tryout for the show and the show and its casting team have set up an online audition process that most can do from the comfort of their own couch.

Auditions for many reality shows have now gone virtual and with the video audition process comes an easy way for many to tryout for the show without needing to travel anywhere. 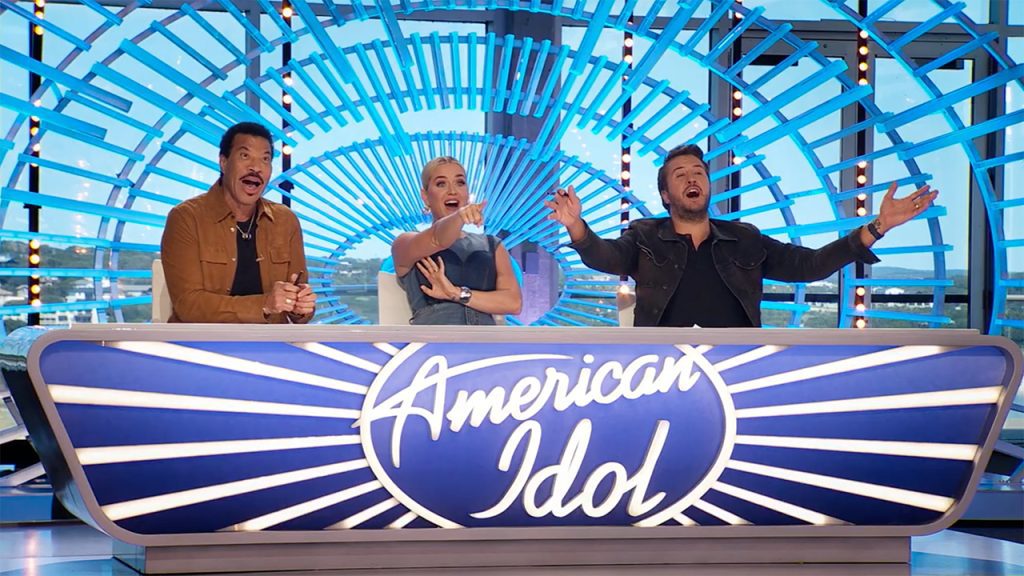 American Idol has a bit of a confusing timeline as it is a very long running show which went off air briefly and was subsequently rebooted quickly, so quick in fact that many may not even know that it actually did get cancelled once and brought back. So, currently the show is in its 21st season from its very first premiere or this may be season 5 or 6 of the renewed reality singing competition.

As of the 2021 season, Ryan Seacrest returned as host – Katy Perry, Luke Bryan and Lionel Richie returned as judges. Guess we will have to hold on until 2022 to see who will be coming back as a judge in the 2023 season of the show. The 2022 season just wrapped up in late May with Noah Thompson from Kentucky winning the show and the cash that comes with that win. 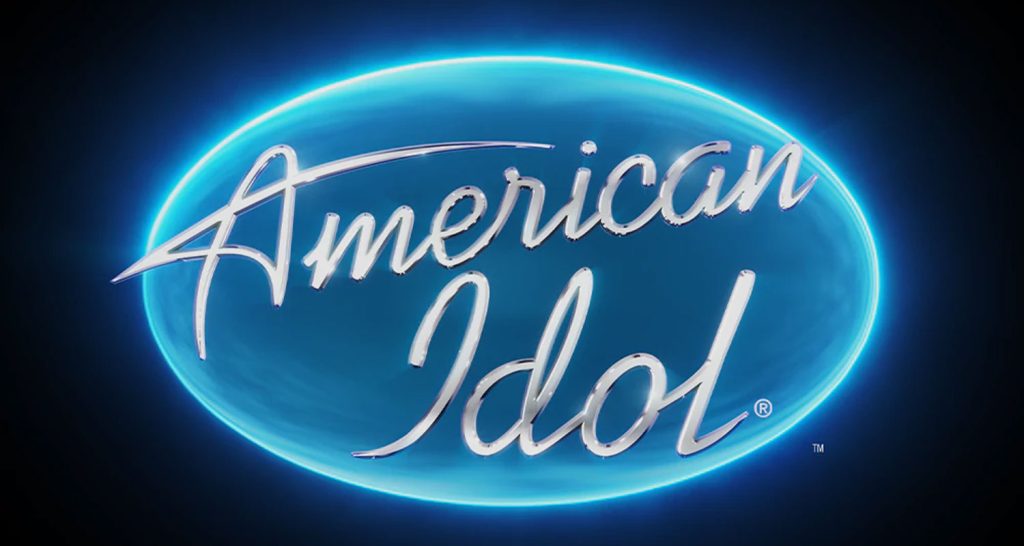 The show does take video auditions on their casting site year round and state that there may be virtual cattle calls in the near future as well. As for the massive in person auditions that the show used to host in major cities all around the US, guess we will have to wait and see if any in-person open calls will be announced for the show over the summer.

AMERICAN IDOL Producers are looking for the next singing superstar! Will you be at least 15 years old by September 15, 2022 and believe you have what it takes? We want to hear what you’ve got!

Looking for vocalists between the ages of 15-27
If you think you could be the next American Idol
Submit the following responses to my email
serrinjoymanagement@gmail.com
Subject: IDOL
1. have you ever been on a competition show before? if yes what year and which show?
2. have you ever auditioned for idol before? if yes, what year?
3.your age
4.your location
5.three links to your singing videos
6. Your stage name!
7. Phone number/ email
8. Social Media Handles!
Looking forward to seeing all submissions! 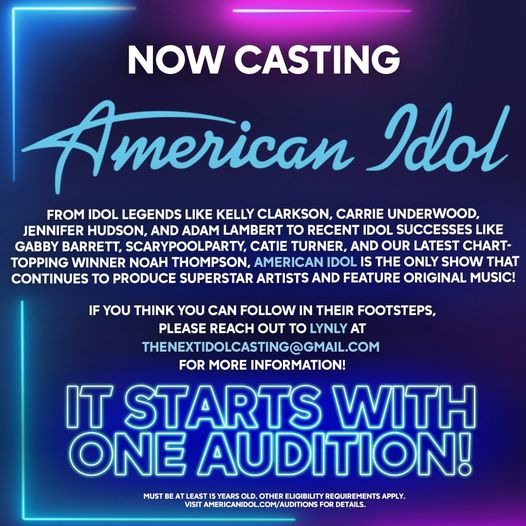